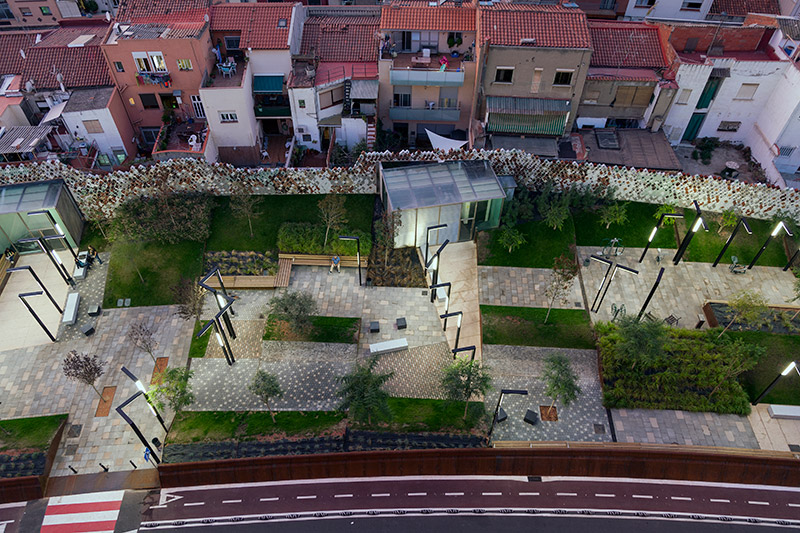 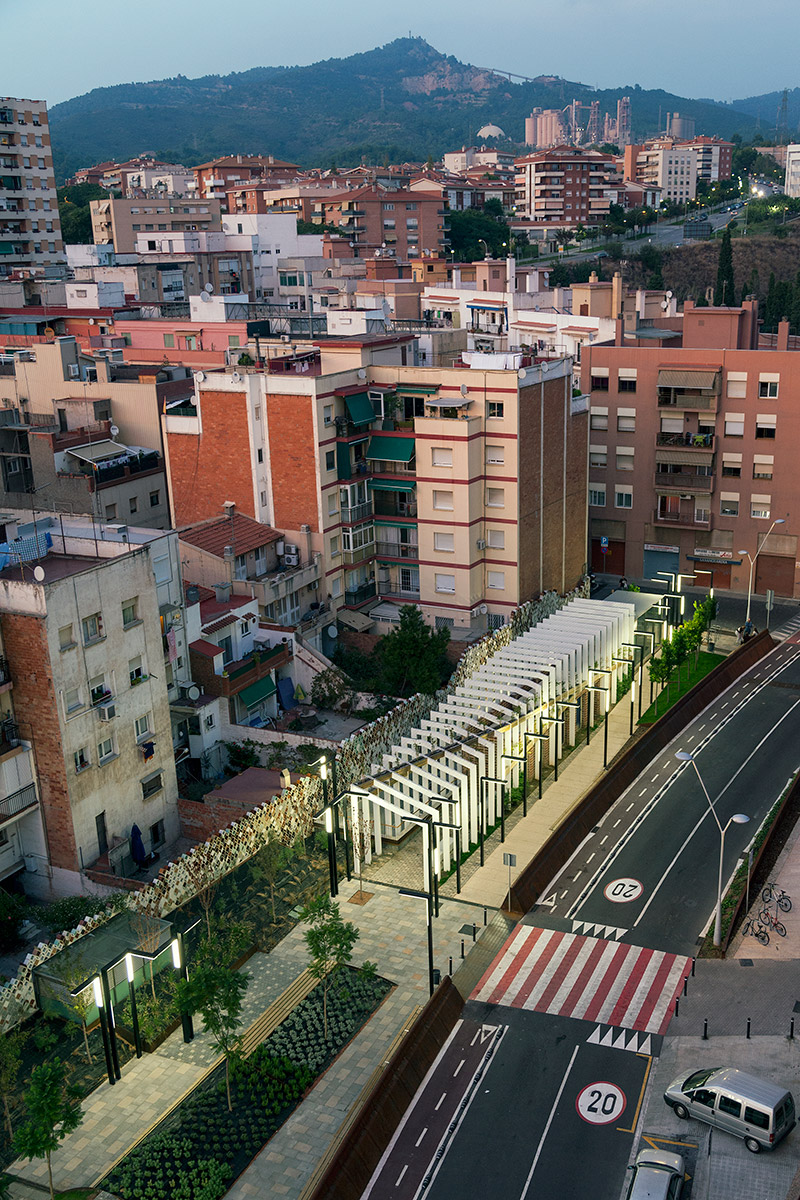 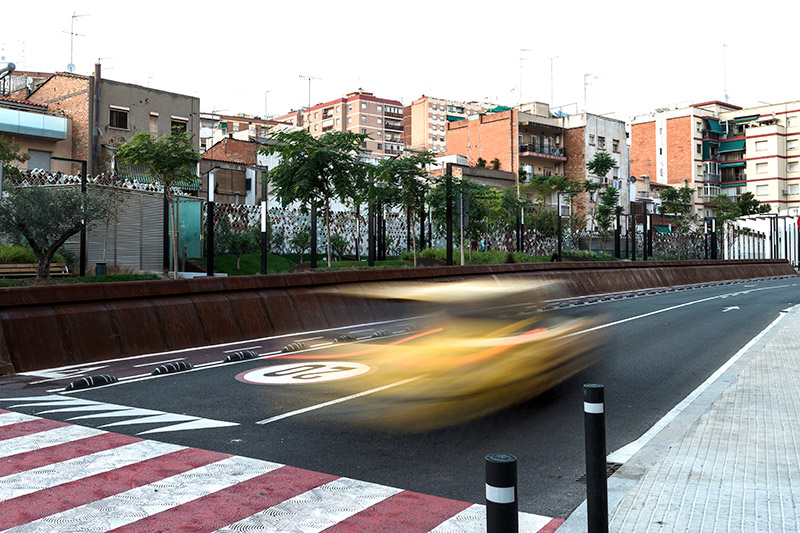 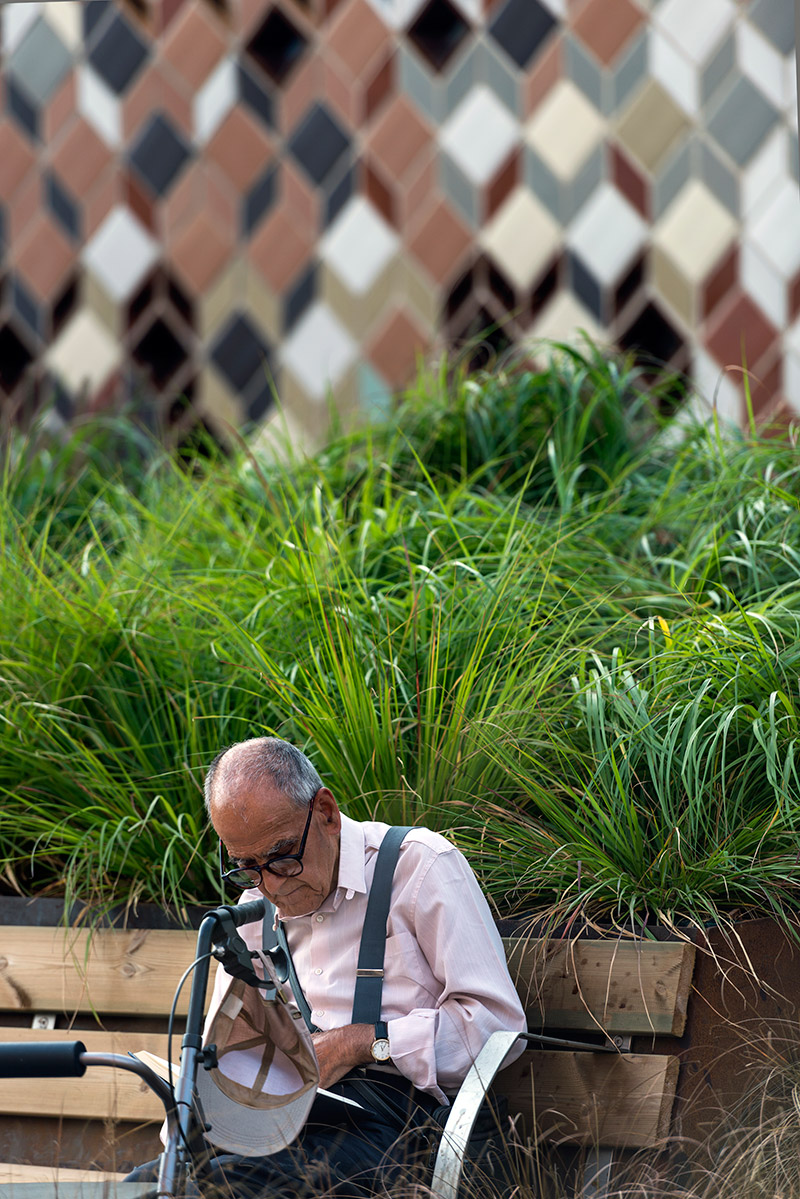 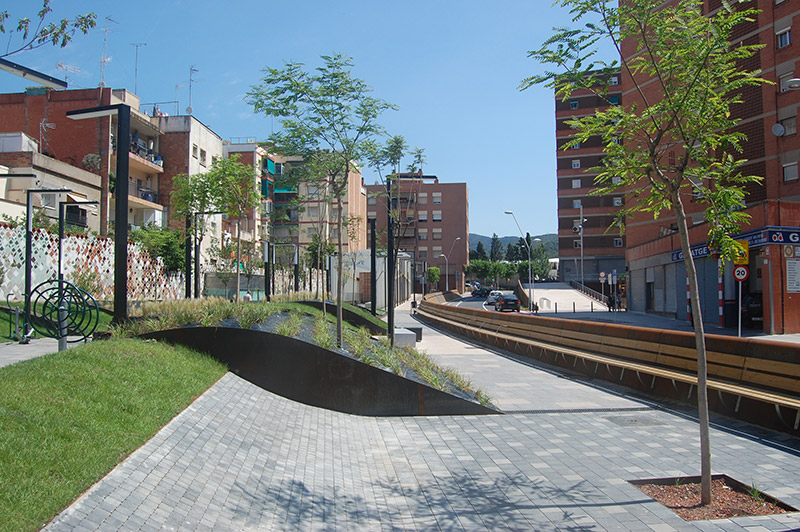 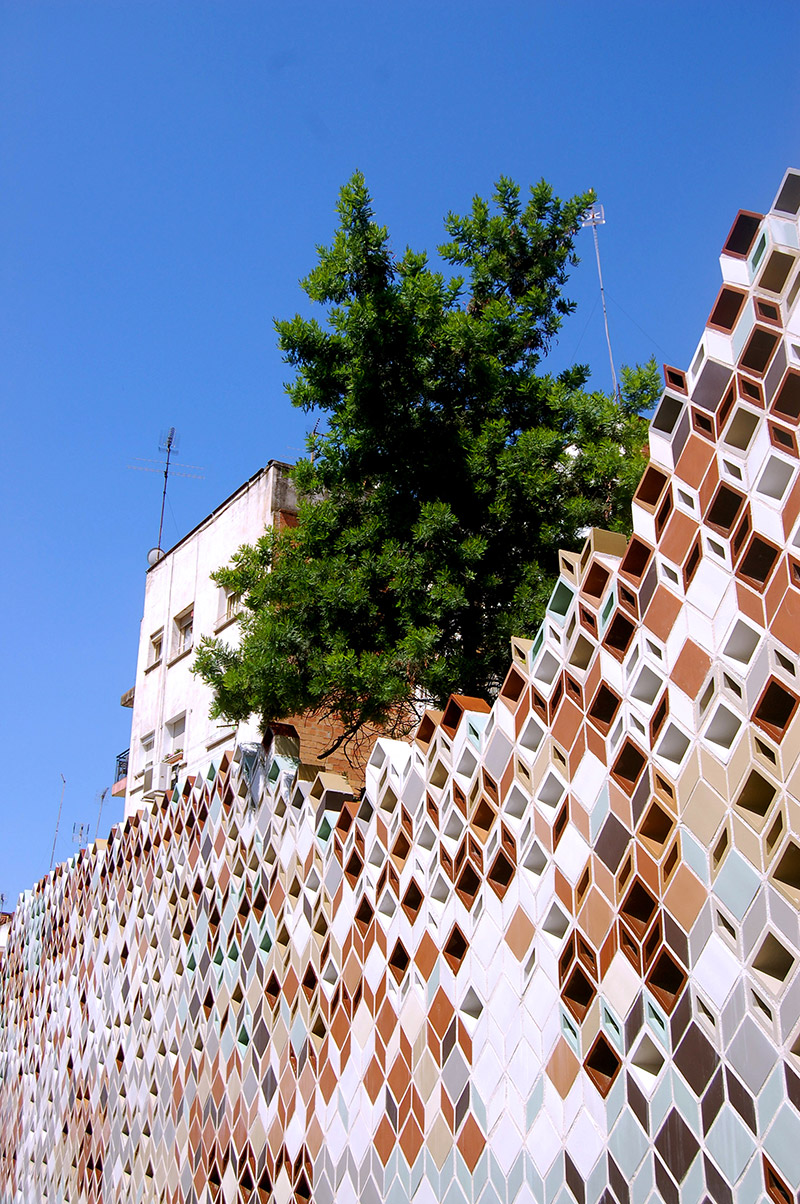 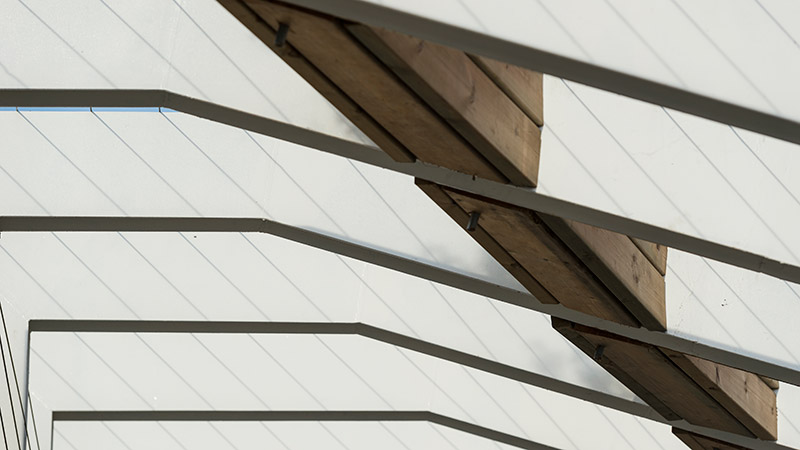 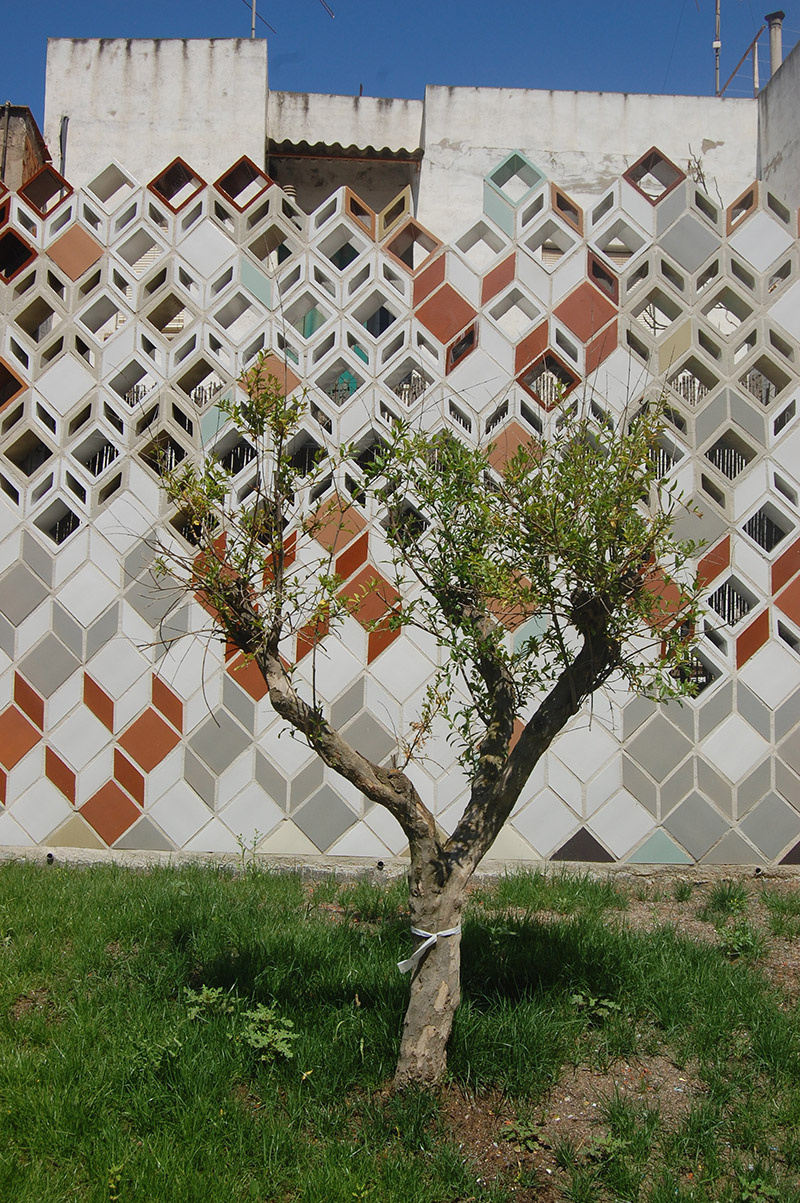 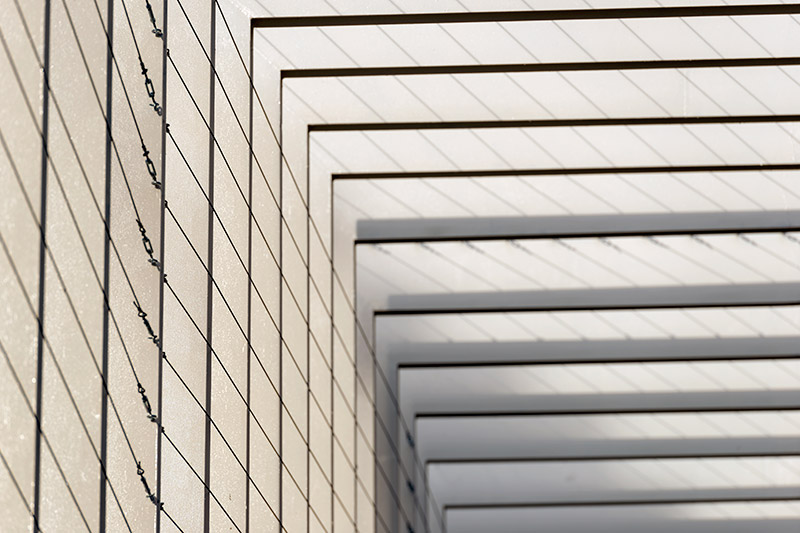 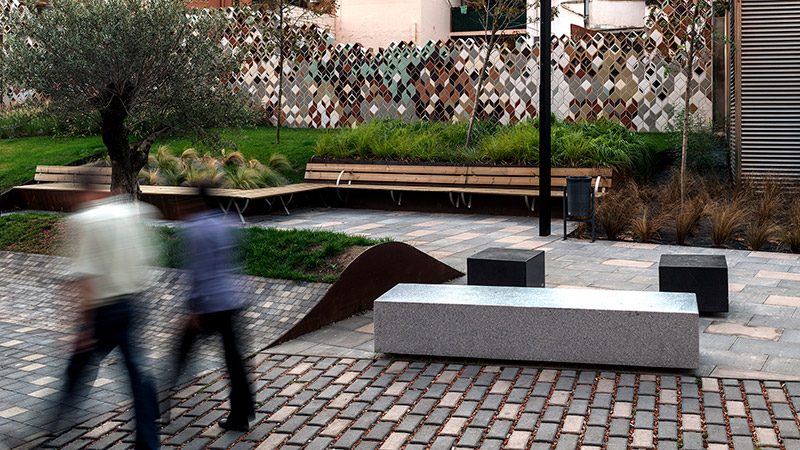 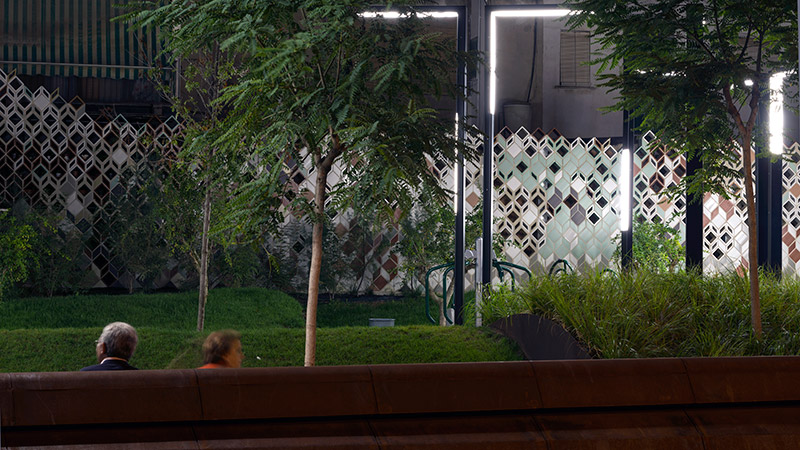 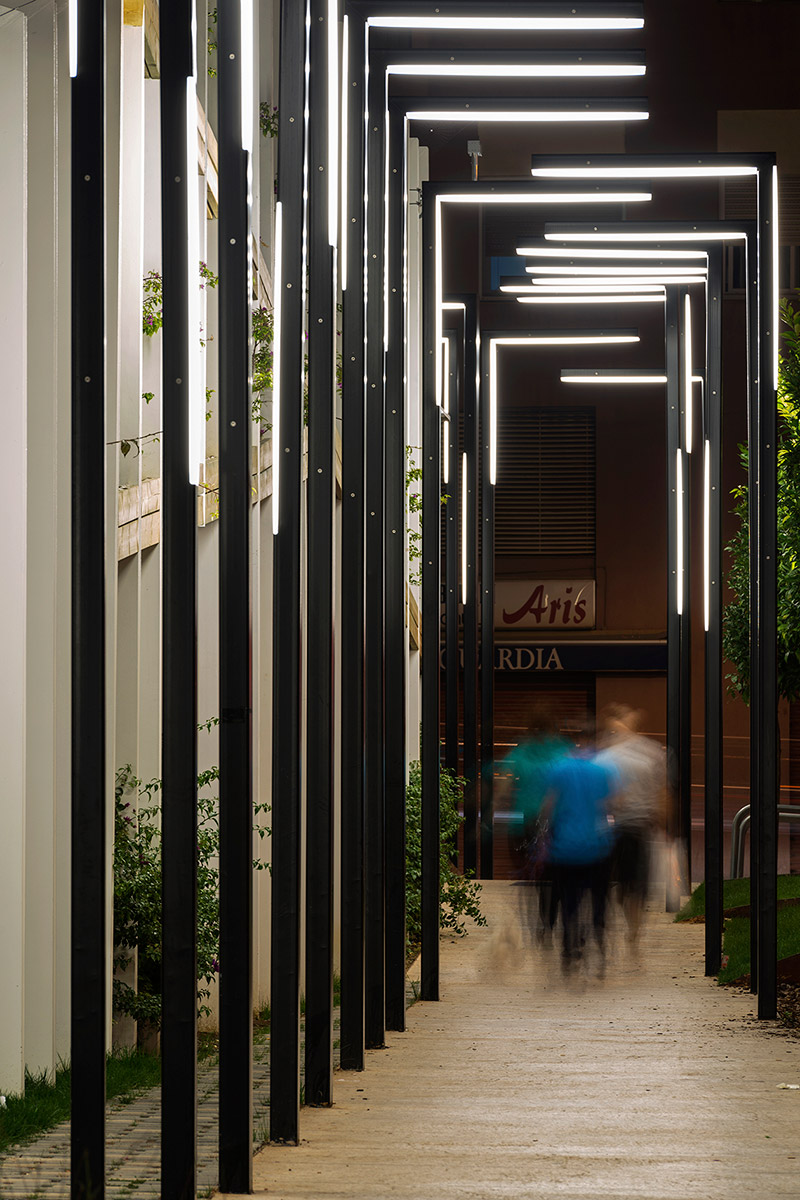 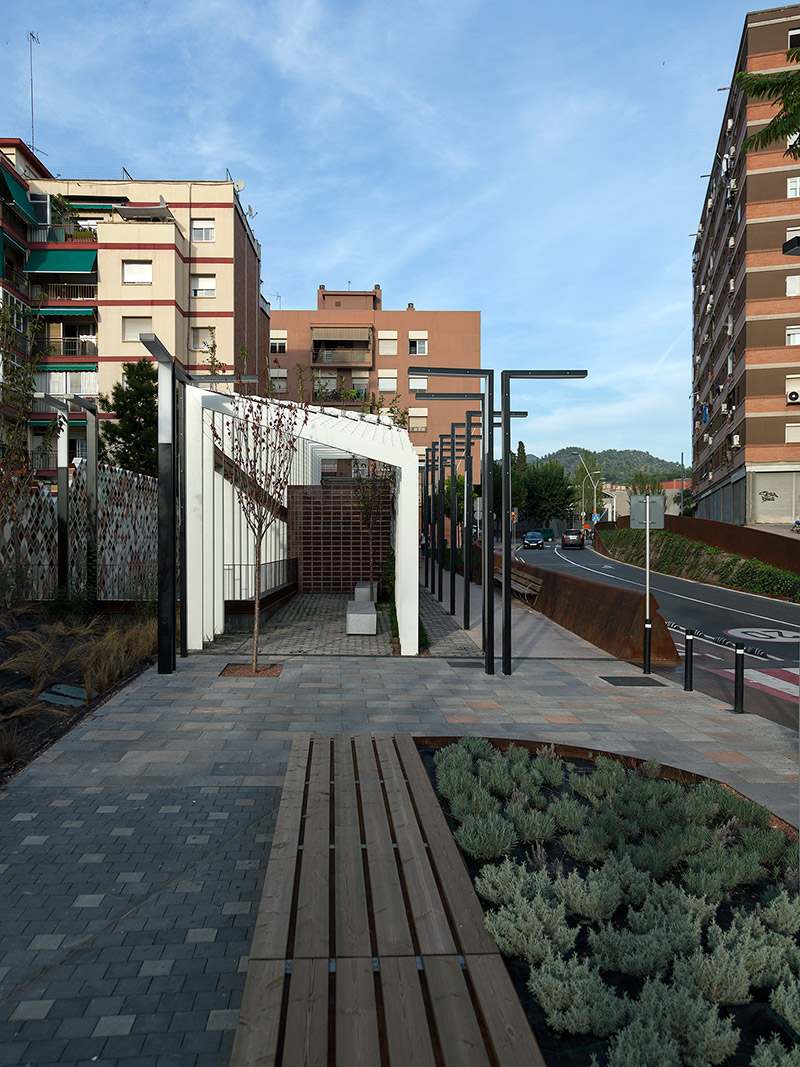 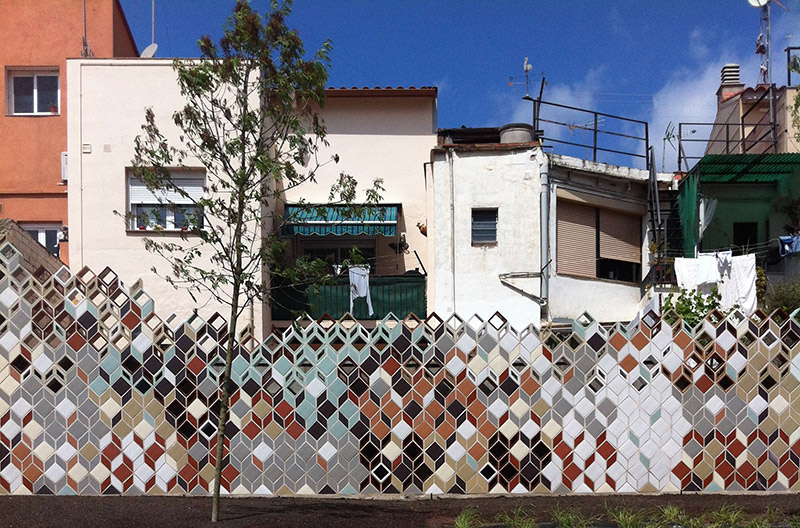 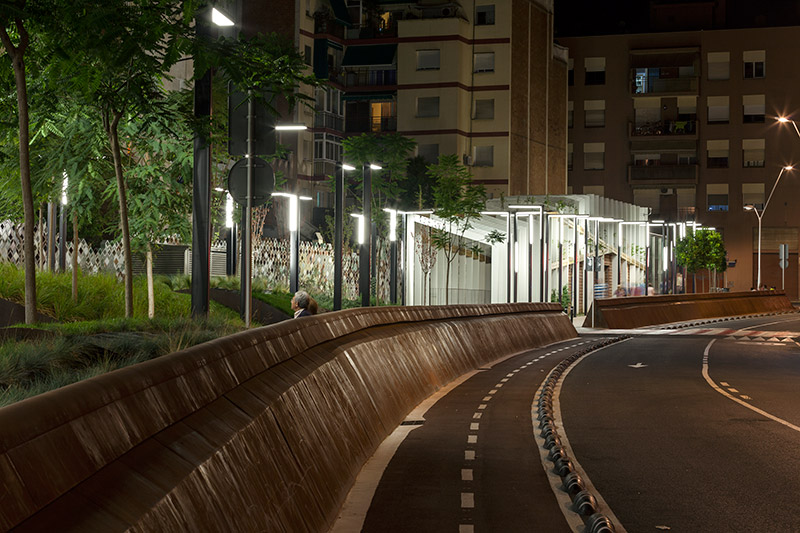 The intervention takes place in the middle of one of the densest neighbourhoods in Sant Feliu de Llobregat, near Barcelona. A working-class neighbourhood, grown around the old textile factories, wall to wall, with humble dwellings of the workers themselves. The demolition of one of the last factories still standing was used to build underground parking to supply the district of La Salut , leaving in the place where the factory was a large gap in the form of concrete cover for this parking.
The proposal extended the existing walls of the old houses, shaping each parterre of the park.  As slices of bread, the public space is composed by different corners of smaller scale, almost domestic, with the will to make visitors feel comfortable in a more accessible area by fragmenting it . Thus, each section is designed uniquely in both plan and section, creating topographies that shelter and insulate the walker from the adjacent road.
The emptiness left by the old factory exposed the walls of the old houses, previously hidden, which now became the facade of the public space. It was our intention to recover the ceramic industrial past as a memory of the site and, at the same time, as a replica of the walls of the existing patios. The new wall would incorporate the richness of the old walls, a collage of textures and holes, reflecting different states and interventions that the city had suffered over time. Only a wall composed by ceramic pieces allowed us to sift the vision of those backyards, and yet incorporate its irregularities, twists and exceptions. (SF Ceramics). 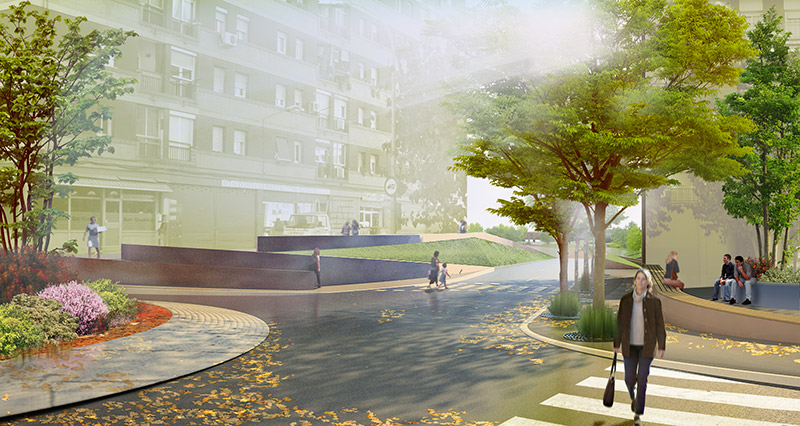 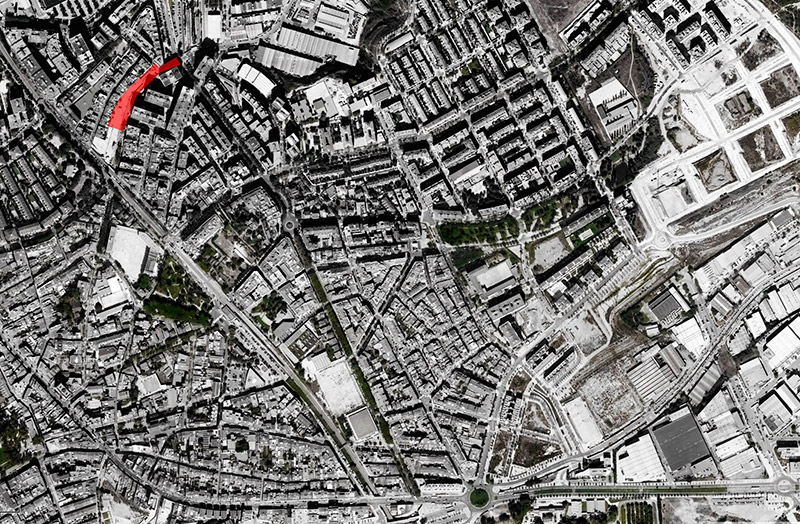 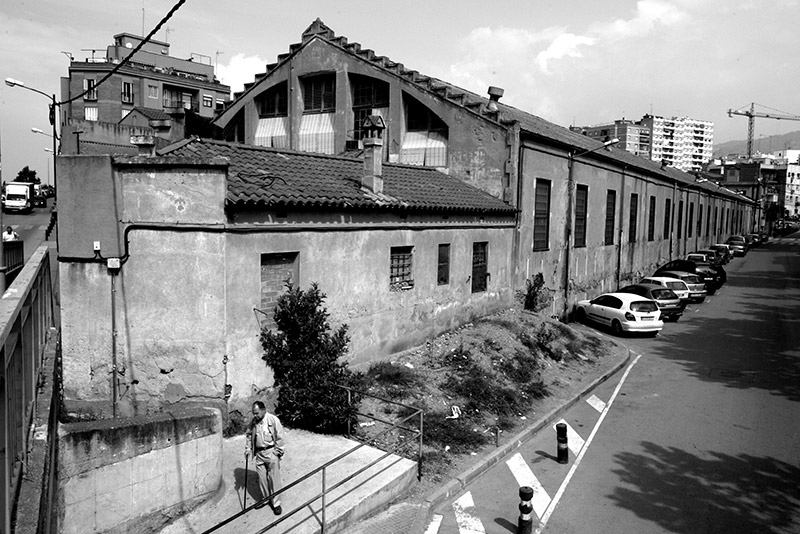 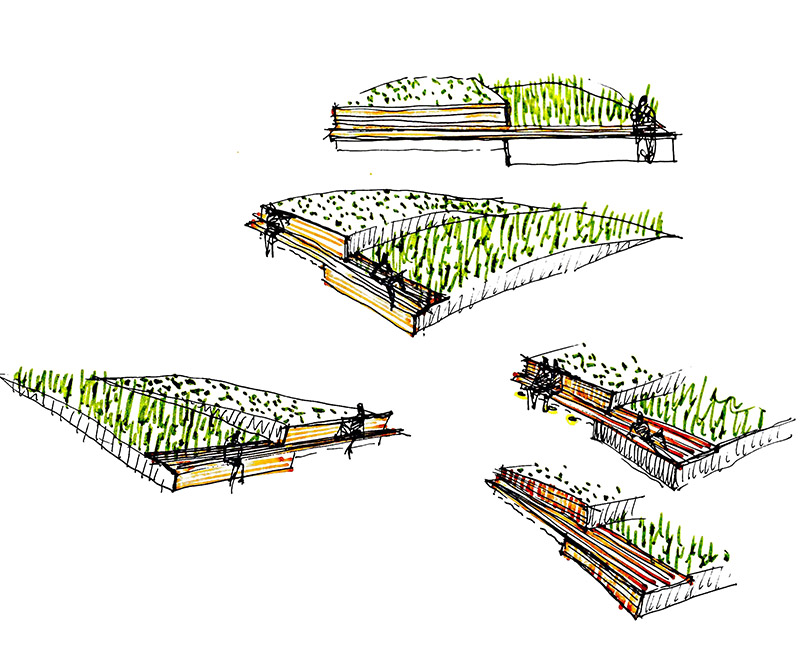 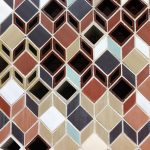