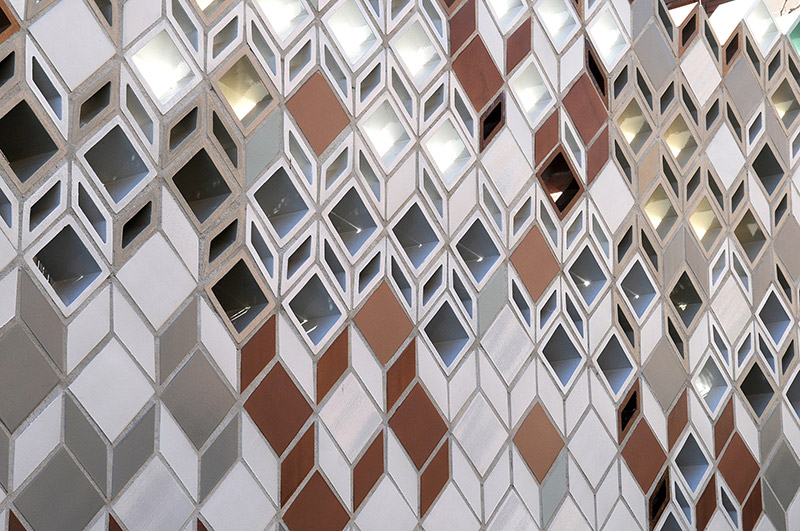 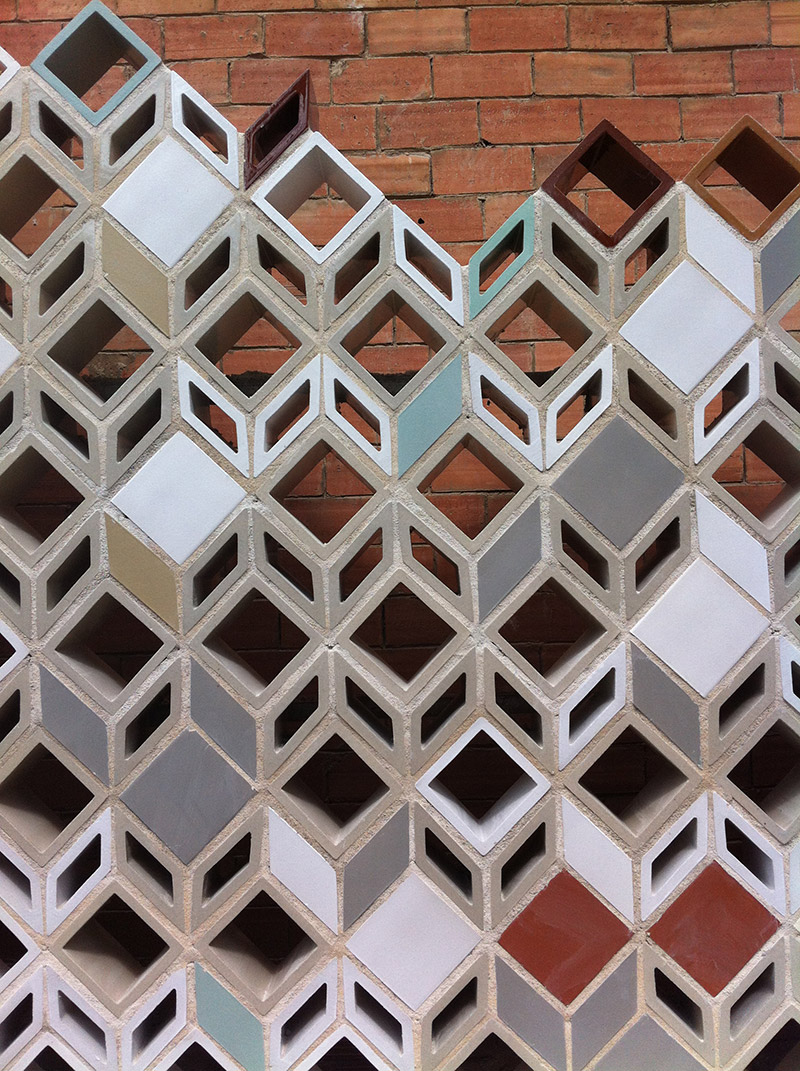 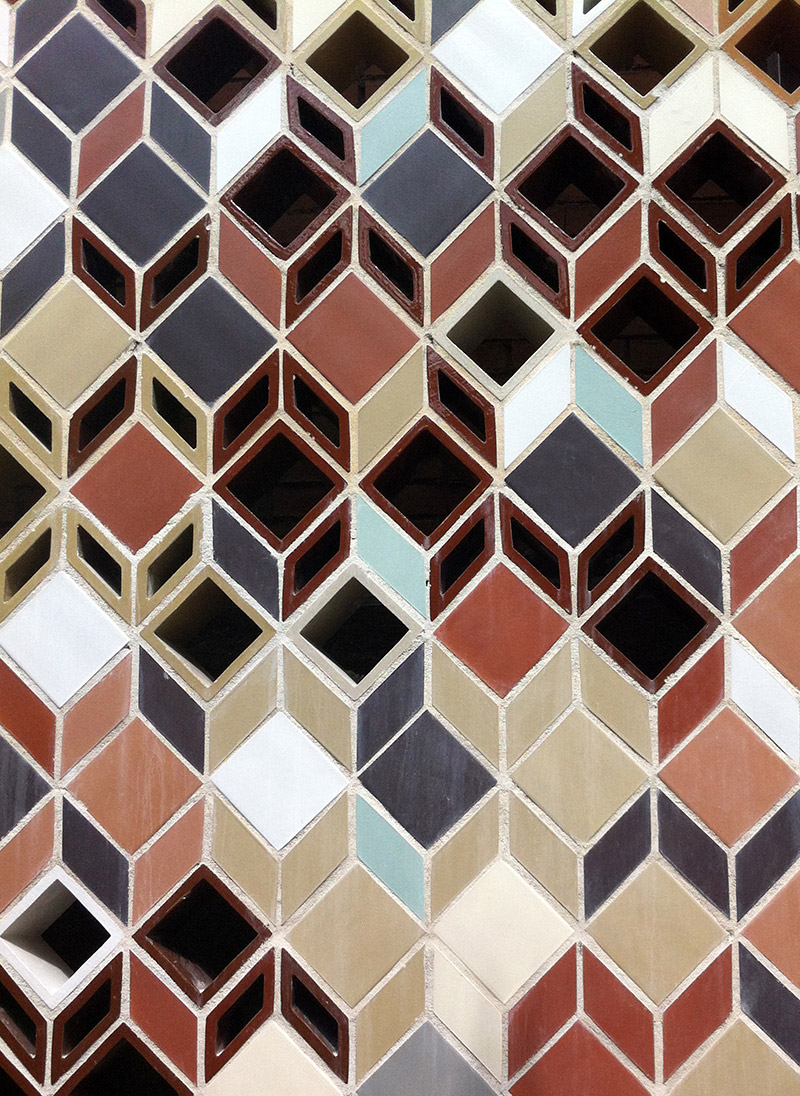 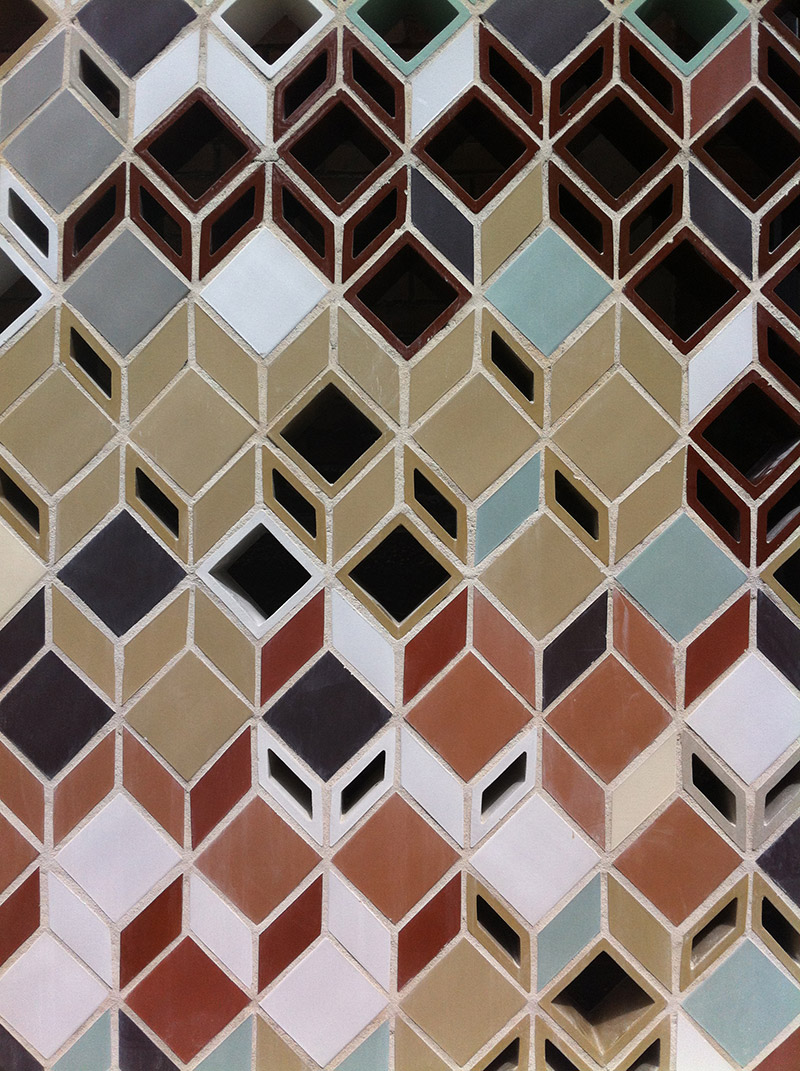 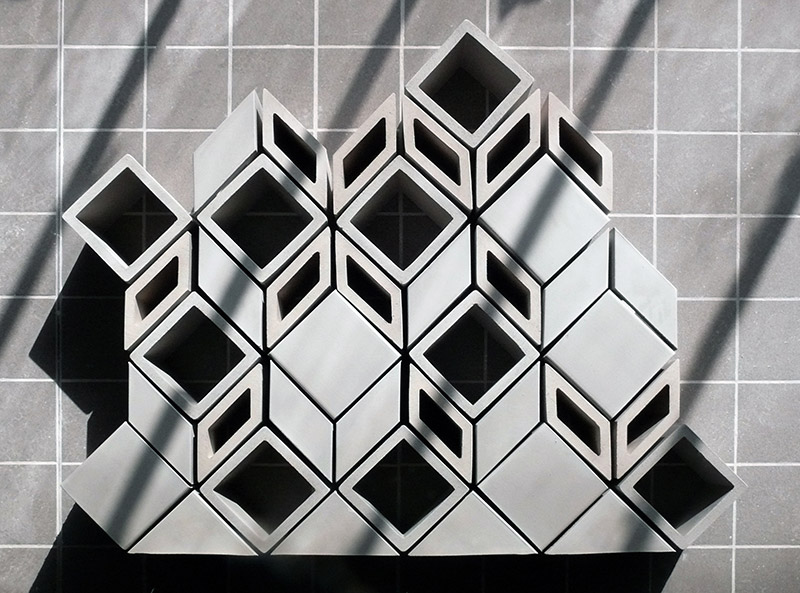 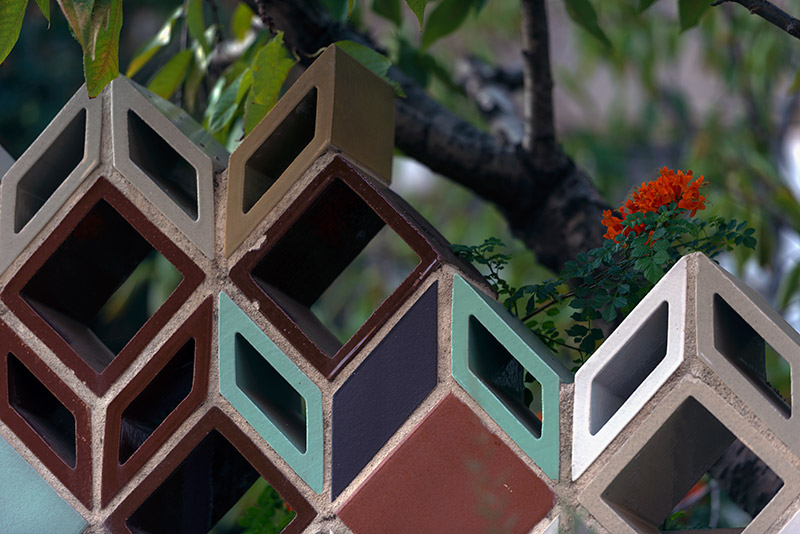 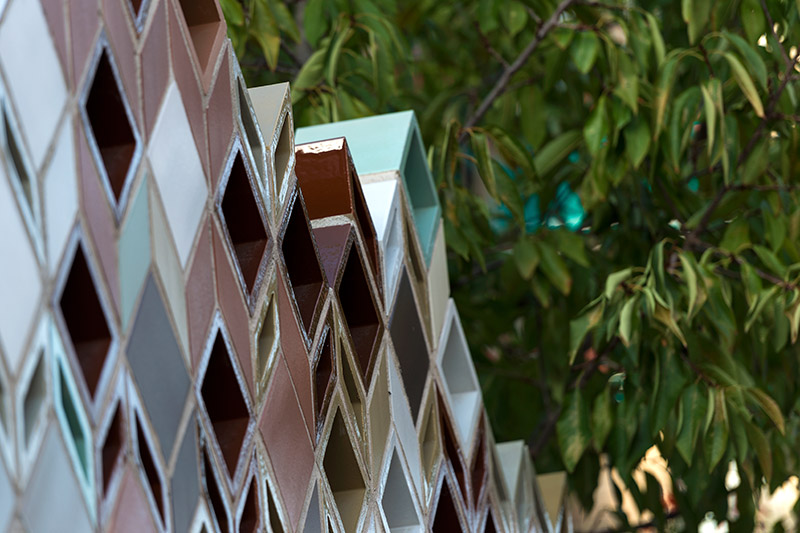 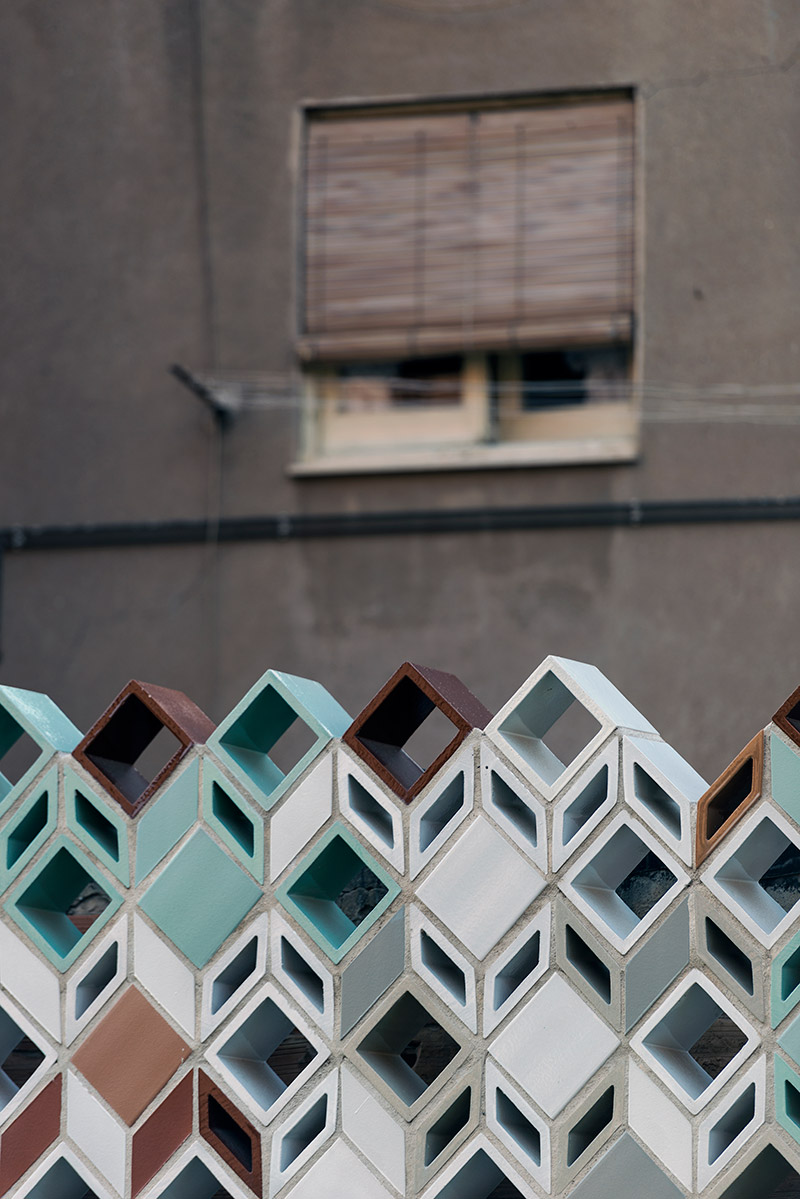 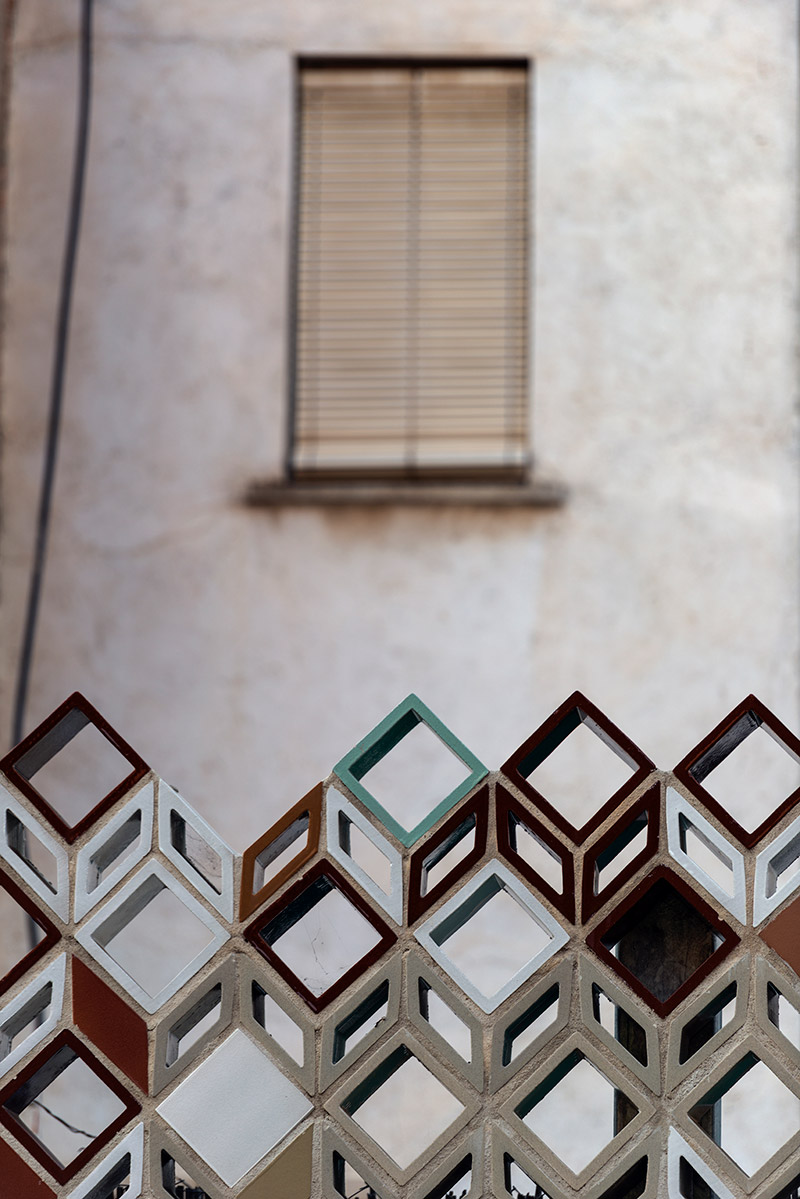 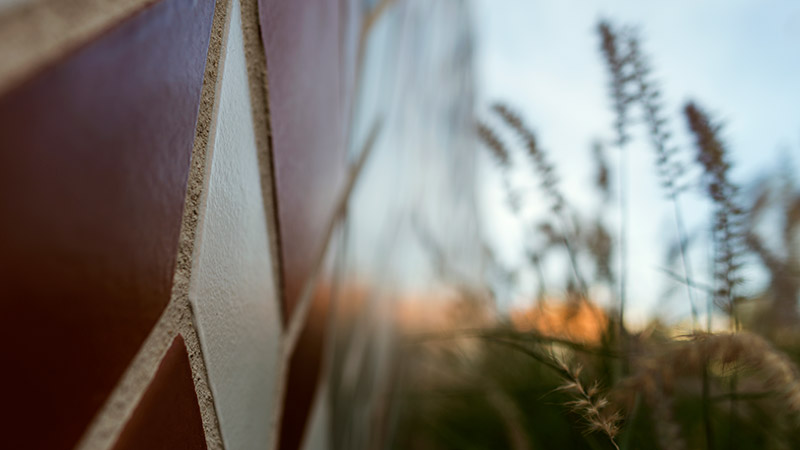 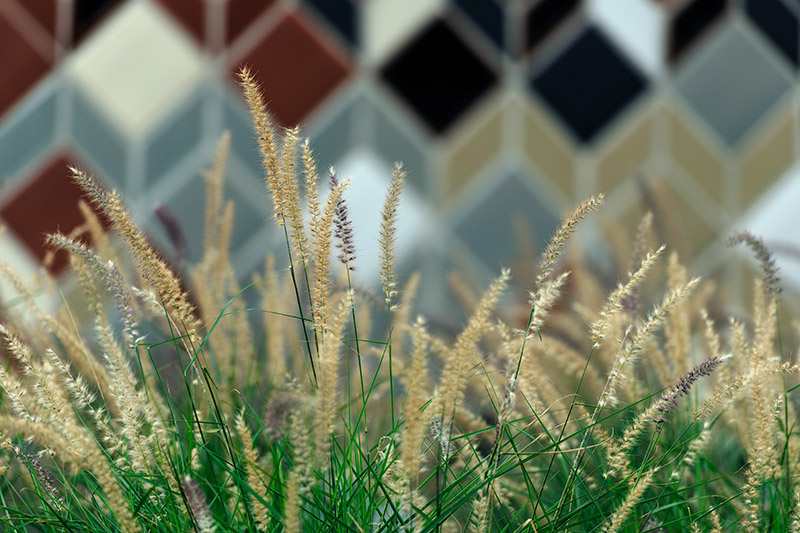 Design of a ceramic lattice based on the geometry of the square and the rhombus. Thought originally to cover the old walls of the project in La Salut the lattice work embodies the nuances, reflexions and transparencies using only three different blocks: a 20x20x14cm rhombus (opaque or perforated) and a 20x20x20cm cube. The cube allowed an optimization of the production, as it worked opaque or transparent depending on the side it was placed on. The assembly of these three pieces allowed an almost organic coronation of the wall, wrapping the different heights in a single stroke.
The lattice sought to incorporate all the content of the existing walls, that showed its aging and the changes the city had suffered through the years. Those old walls, most of them self-built by its inhabitants, some of them massive, others hollowed or made with different materials, with different heights, explained the personality of the site and described its history. All that richness of nuances, transparencies and textures was what the new ceramic wall had to achieve.
The colour range of the ceramic blocks was taken from the existing walls, reducing the rear facades to seven predominant colours. These seven tones, along with the ceramic raw colour, gave us the eight predominant tones for the wall. These eight tones either bright glazed or matte, applied to opaque or perforated pieces, would allow us to incorporate the different requirements to the wall. 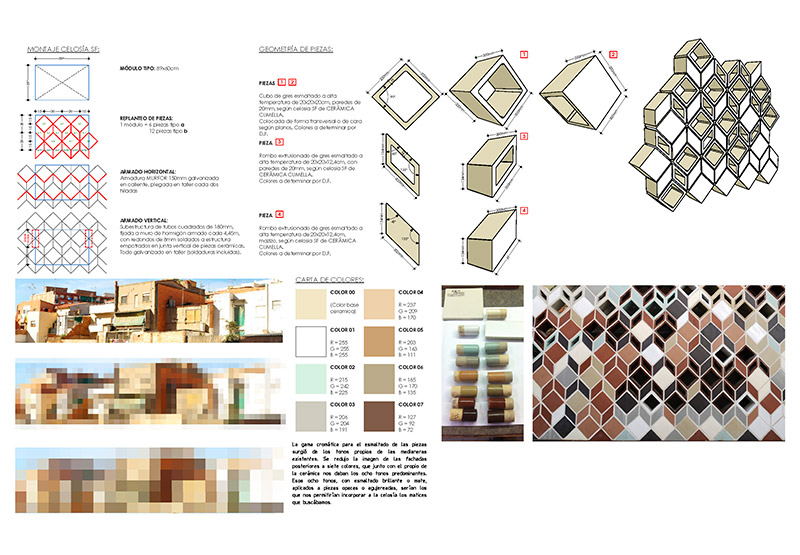 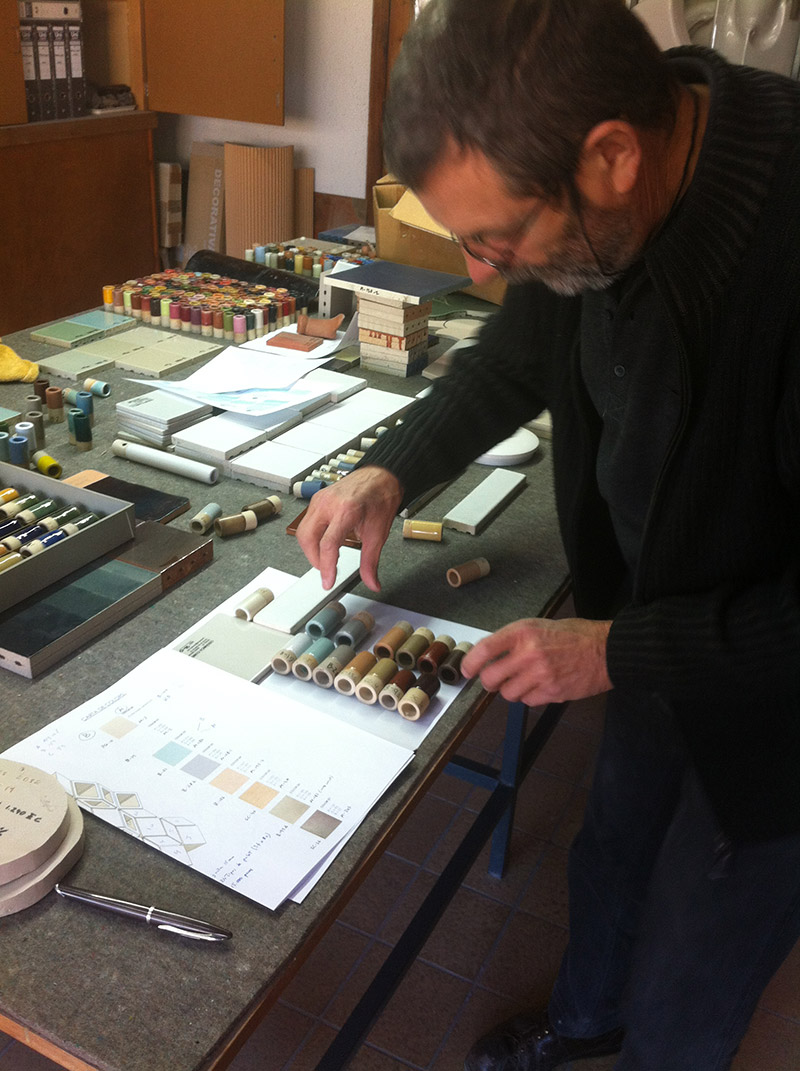 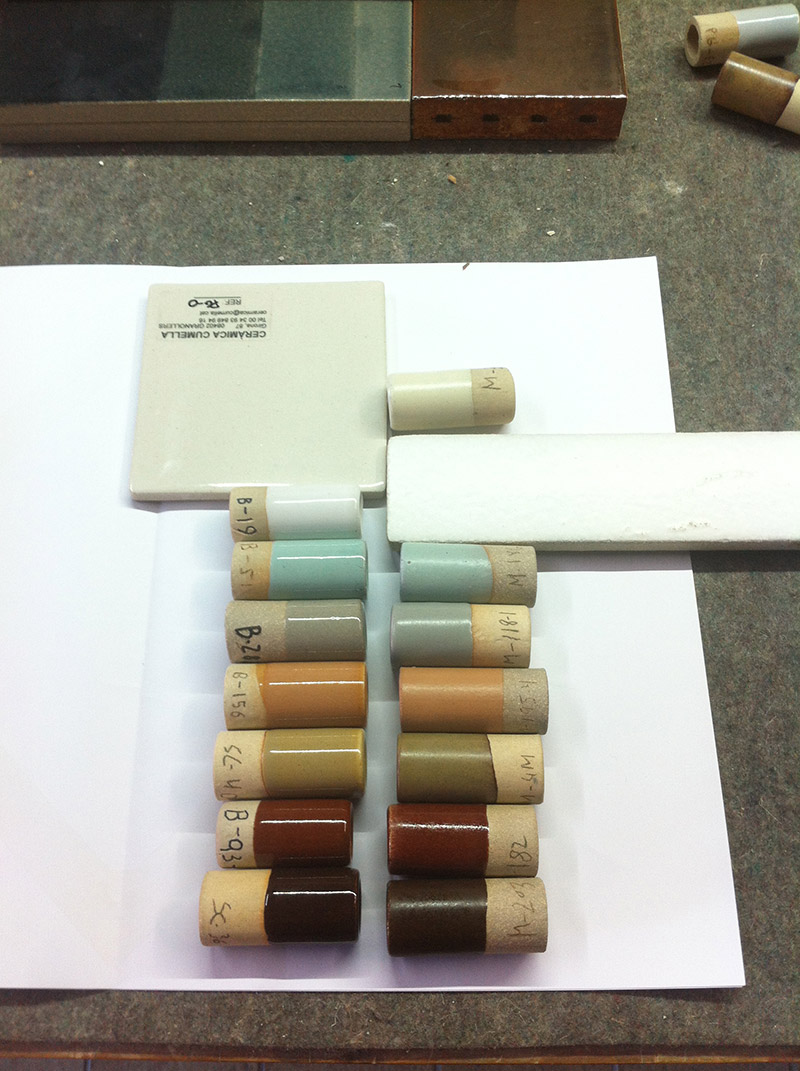 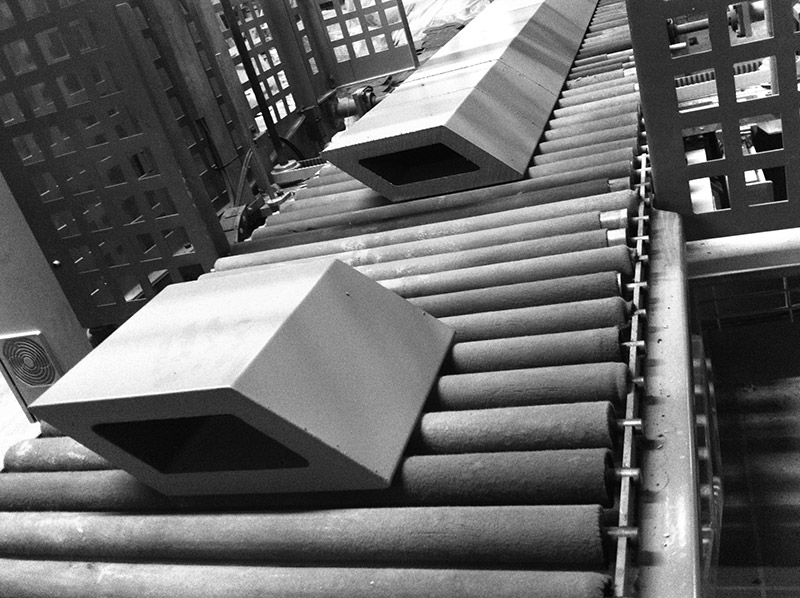 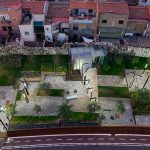