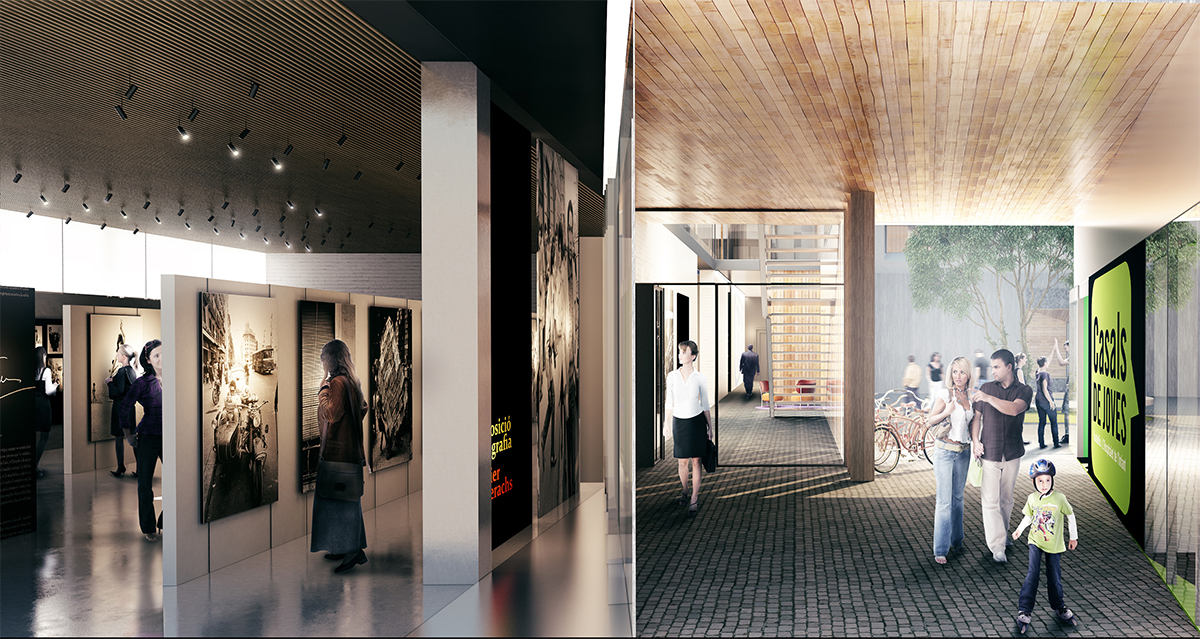 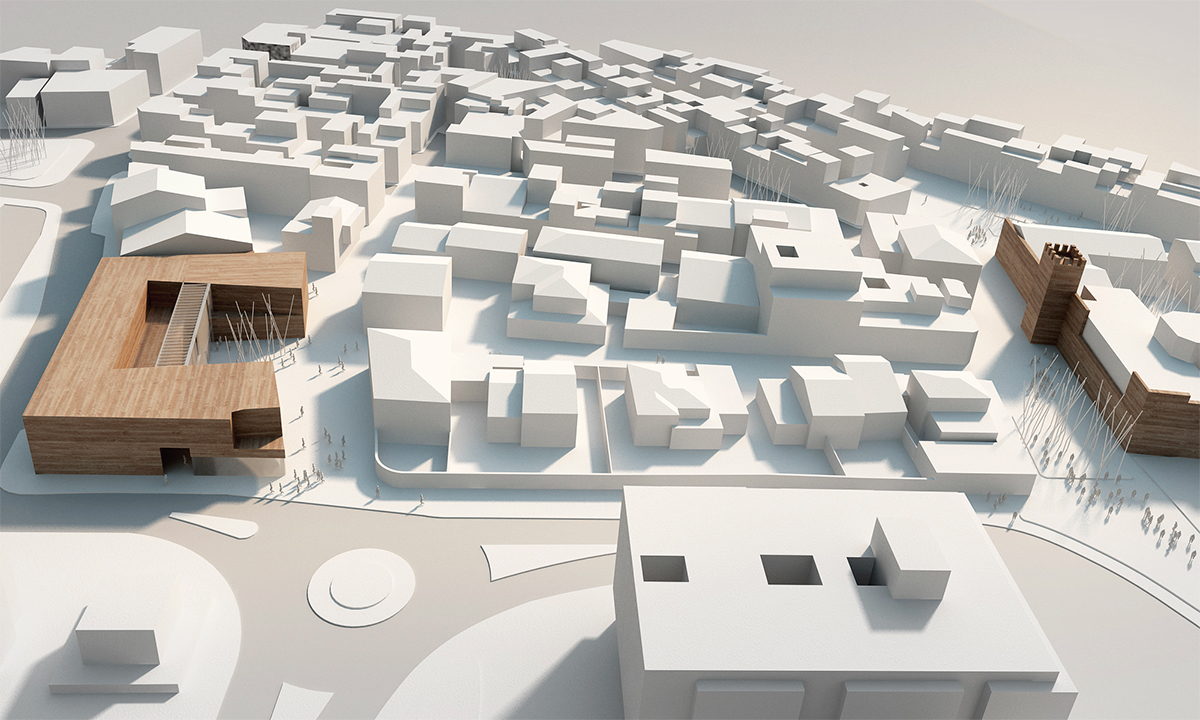 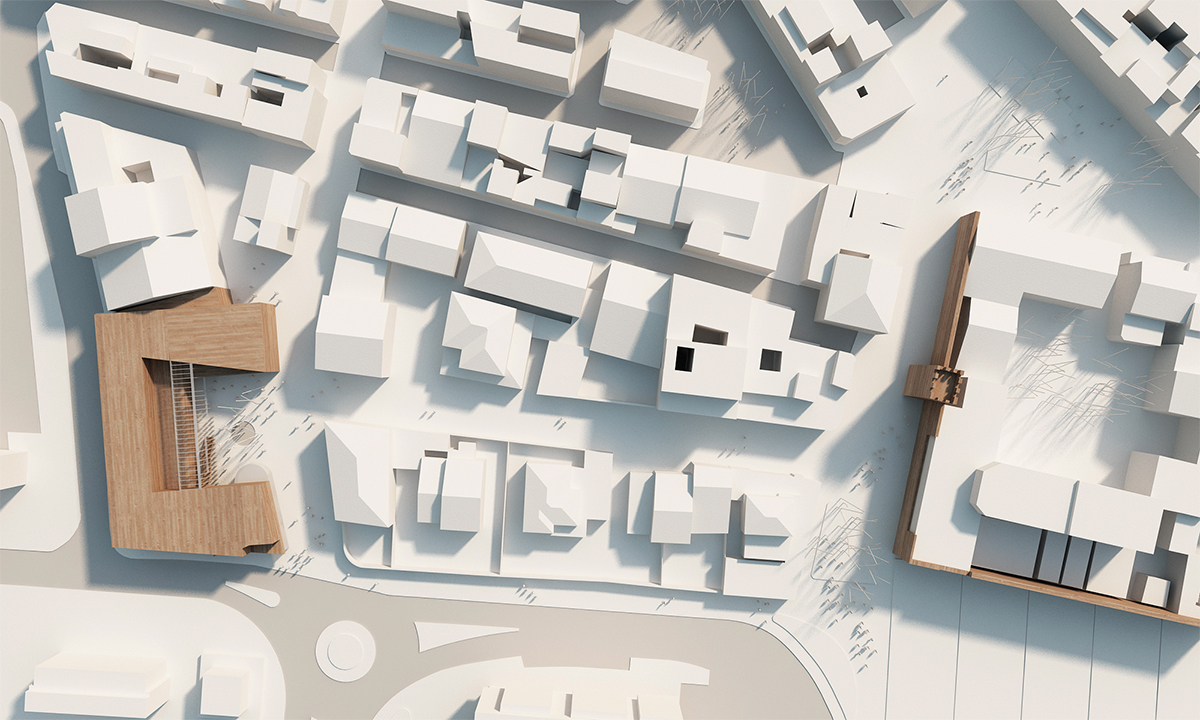 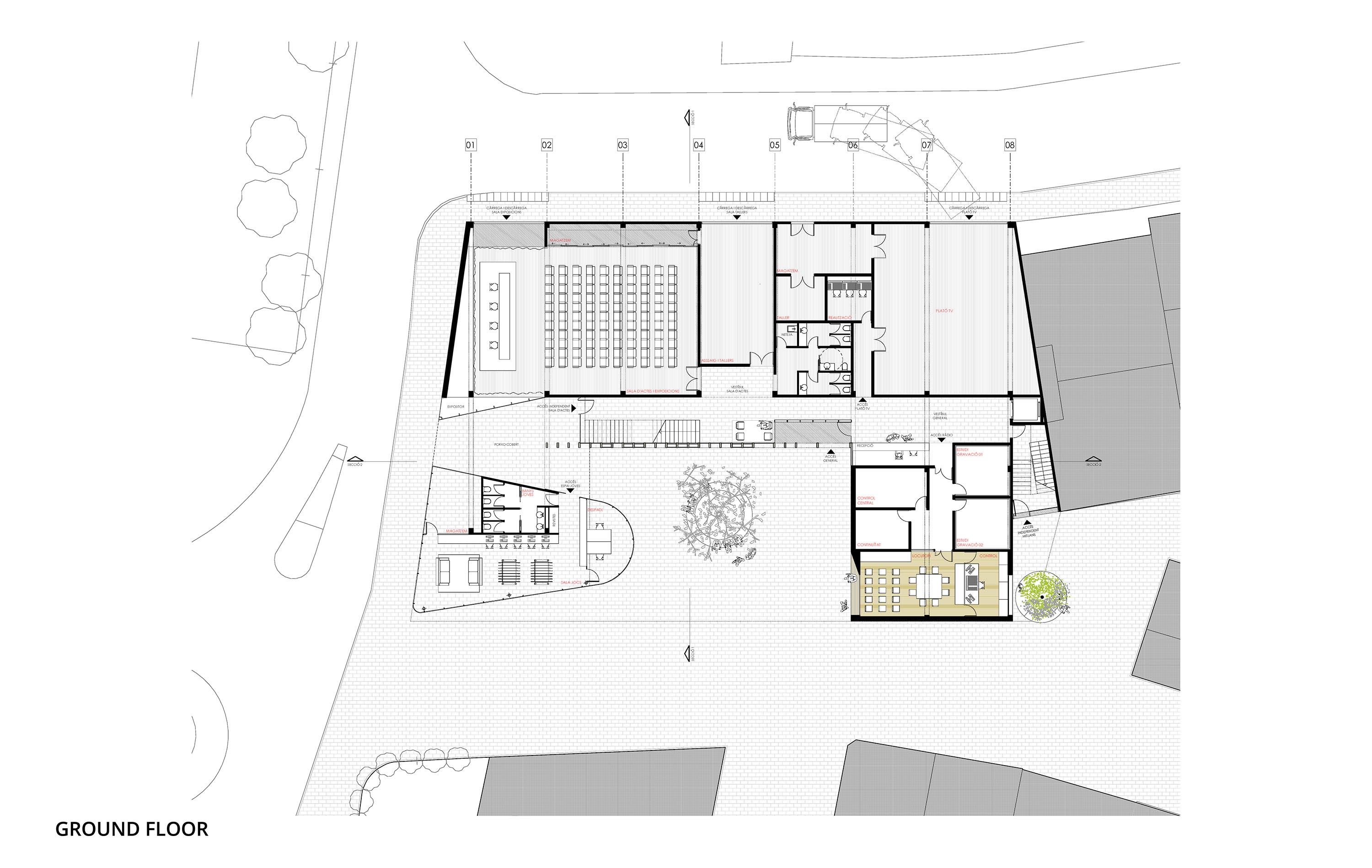 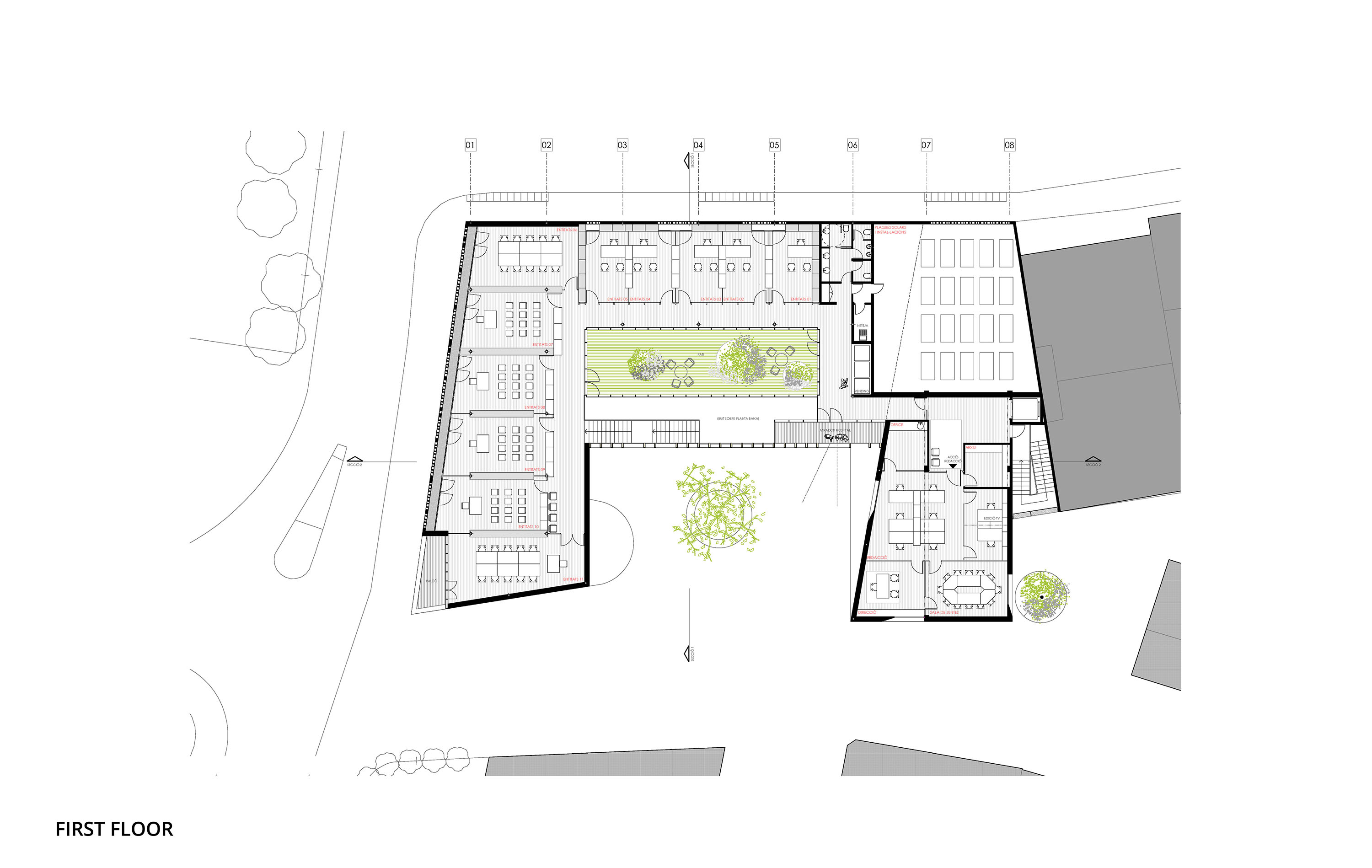 The main idea of the proposal is to organize the building embracing a public space protected from the prevailing wind in the area, the Mestral, and to get this space to related to the existing urban fabric.

Priority has been given, not to the building, but to the empty space generated as a result and how it connects to its surroundings. We are somehow building from the void, thinking first on the part of the site we leave unoccupied to then fit the building and make it work. Prioritizing the non-built we are giving the building its public vocation, giving value to its immediate surroundings just by the way the construction relates with the site.

The building is oriented facing the existing old hospital, the actual centre of the village, establishing a direct relationship with it both visually and by connecting the public spaces they generate. Located on the northern edge of the old town, limiting with the new facilities area, the ground floor has been emptied to connect the new public plaza with the new area through a roofed street, making the building become the entrance door between the old town and the newly created areas.

As for the building, all the different parts of the program have independent access from the plaza while stand opaque on their northern façade sheltered from the.

Largest pieces of the program are placed aligned with the back street to facilitate loading and unloading, while spaces for the media are facing the plaza. Youth area occupies a central position on the ground floor isolated from the rest of the program as it should function independently from the rest of the building, and stands transparent so as the activities carried on inside can be seen from the plaza. 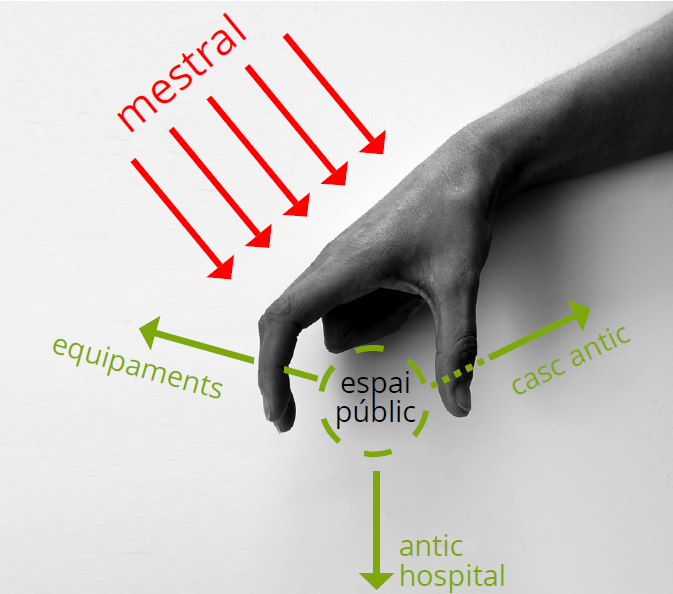 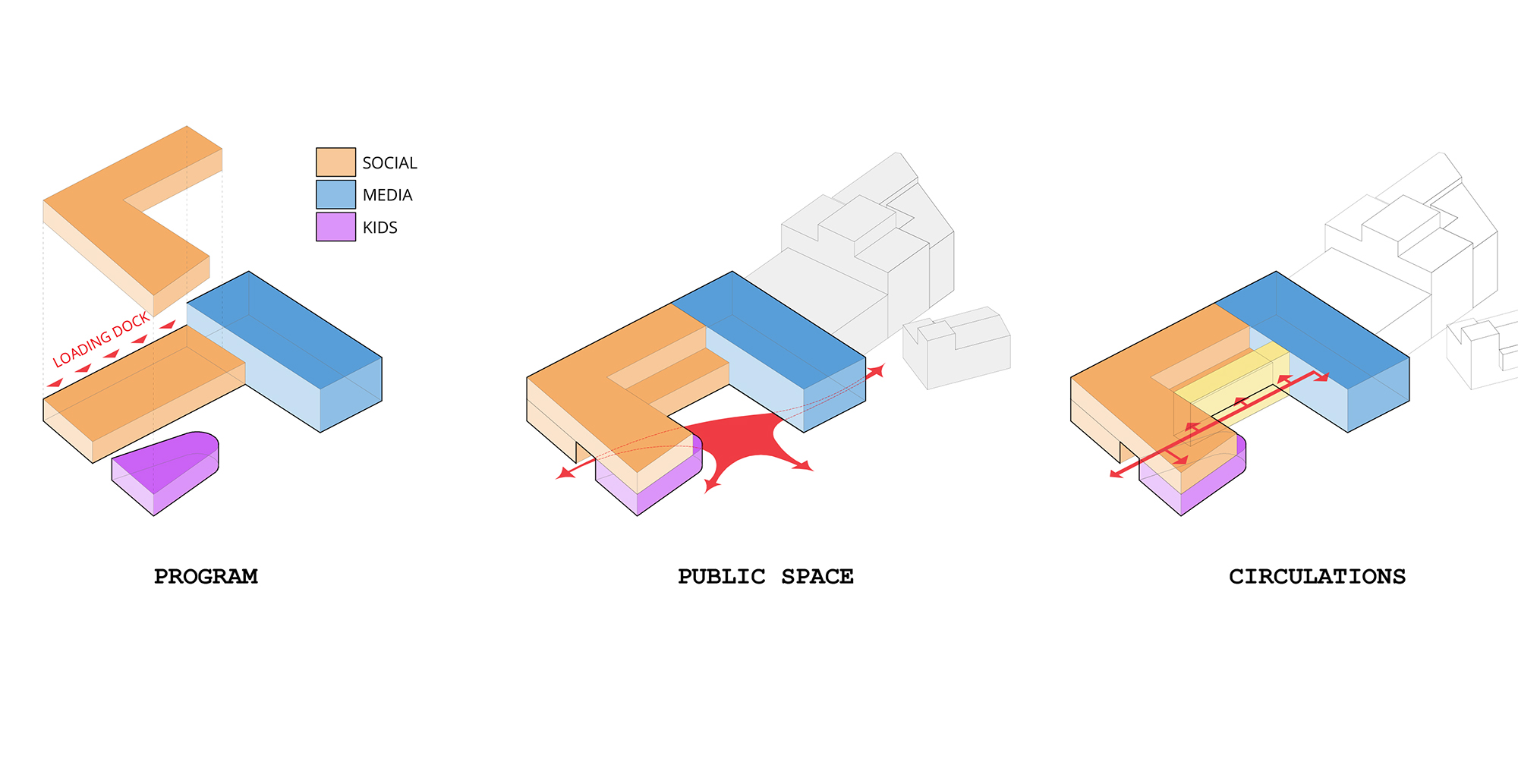 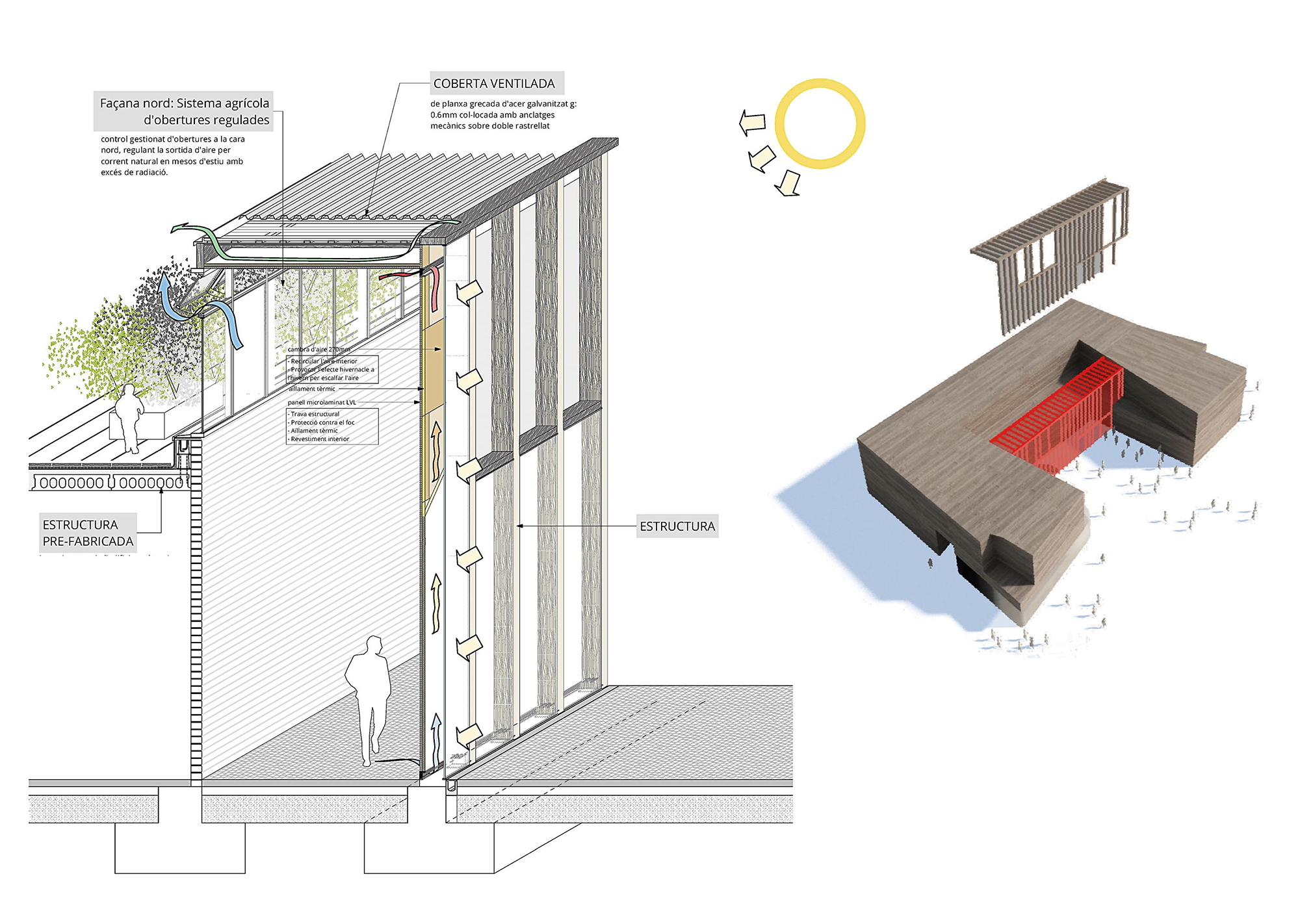 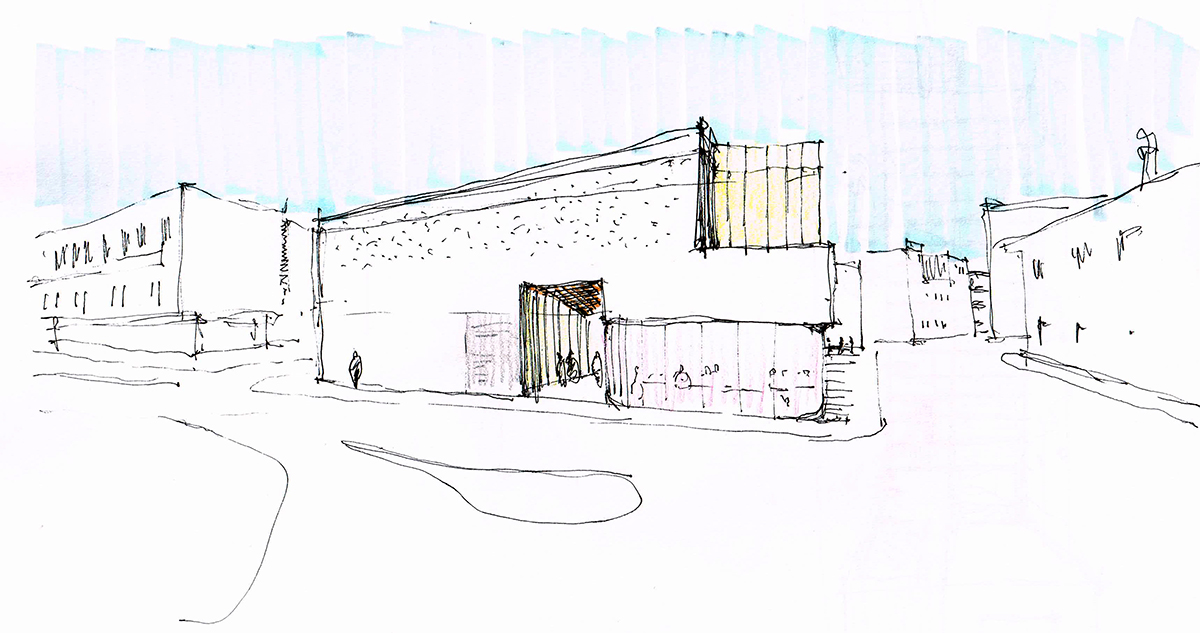 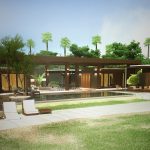 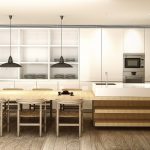