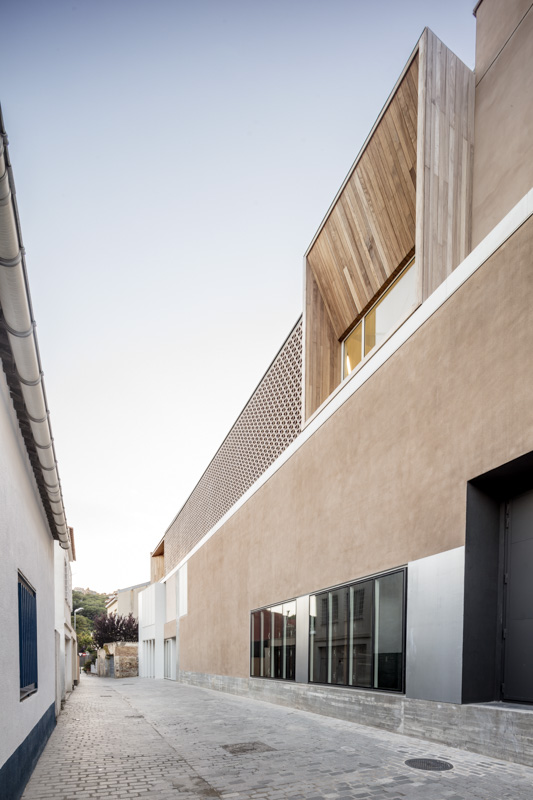 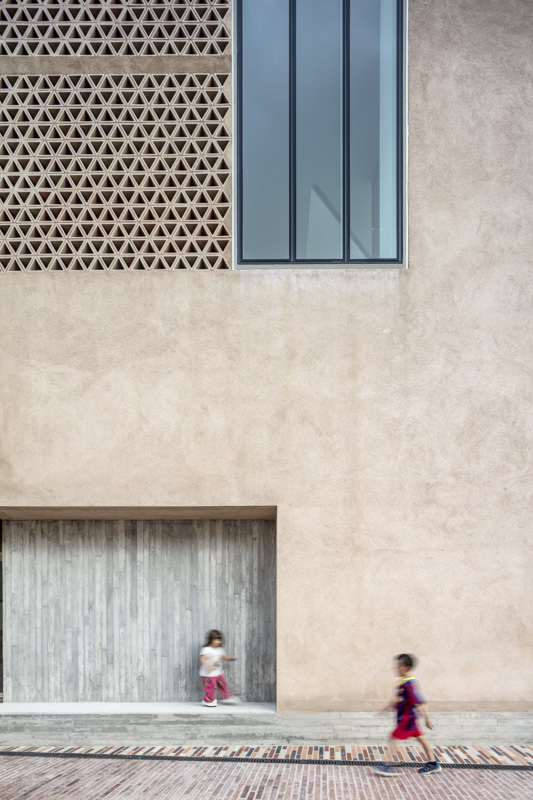 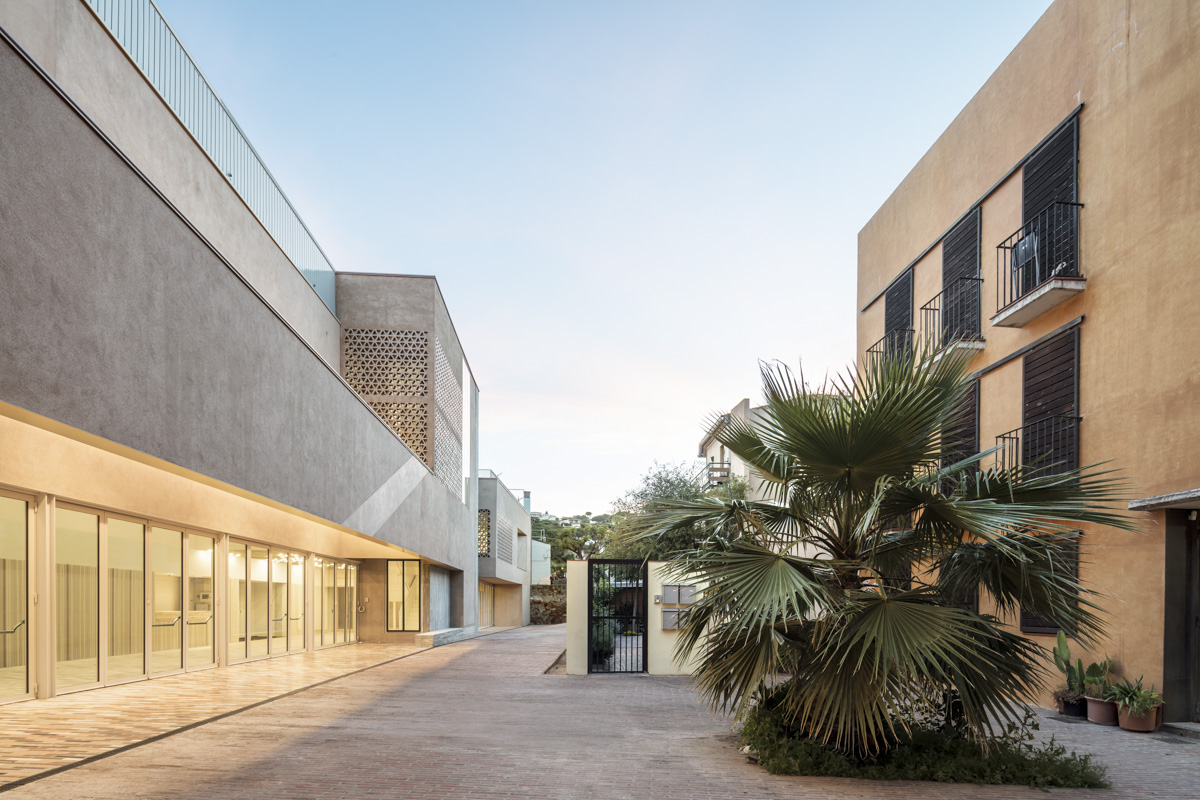 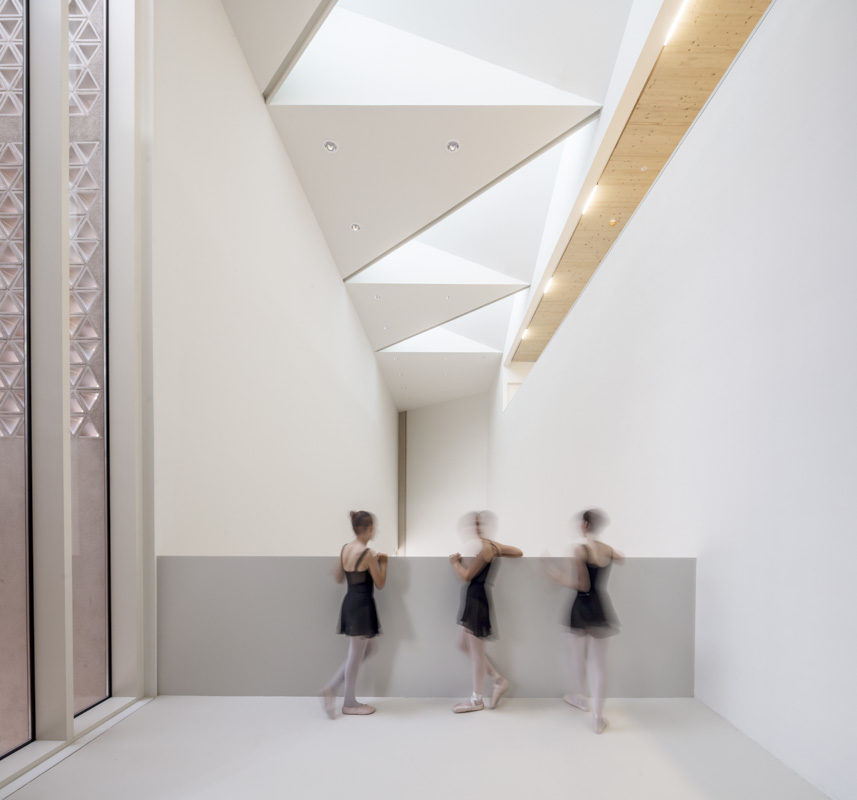 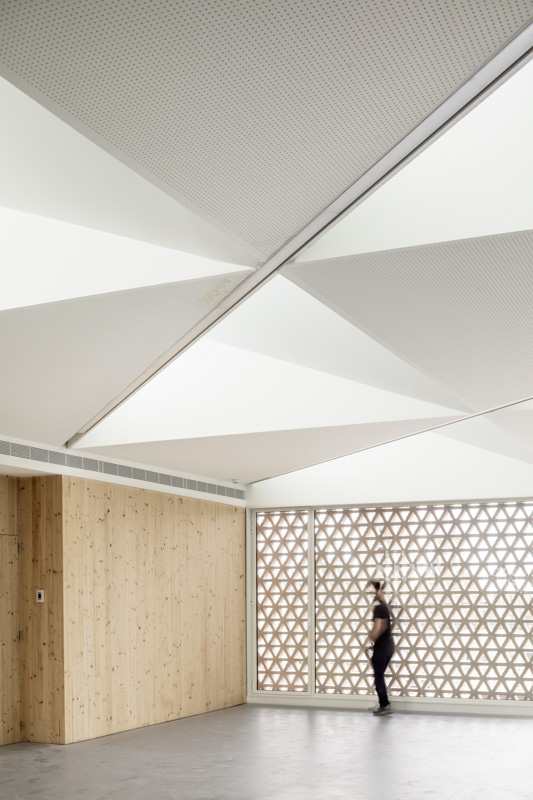 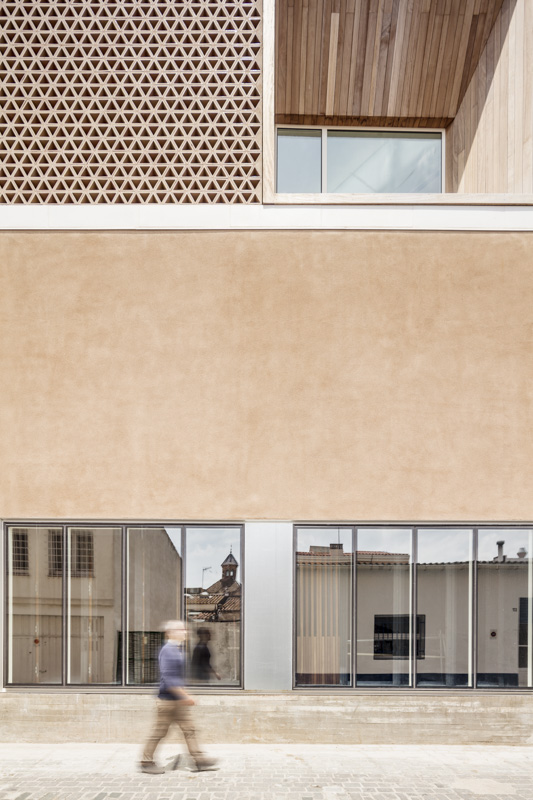 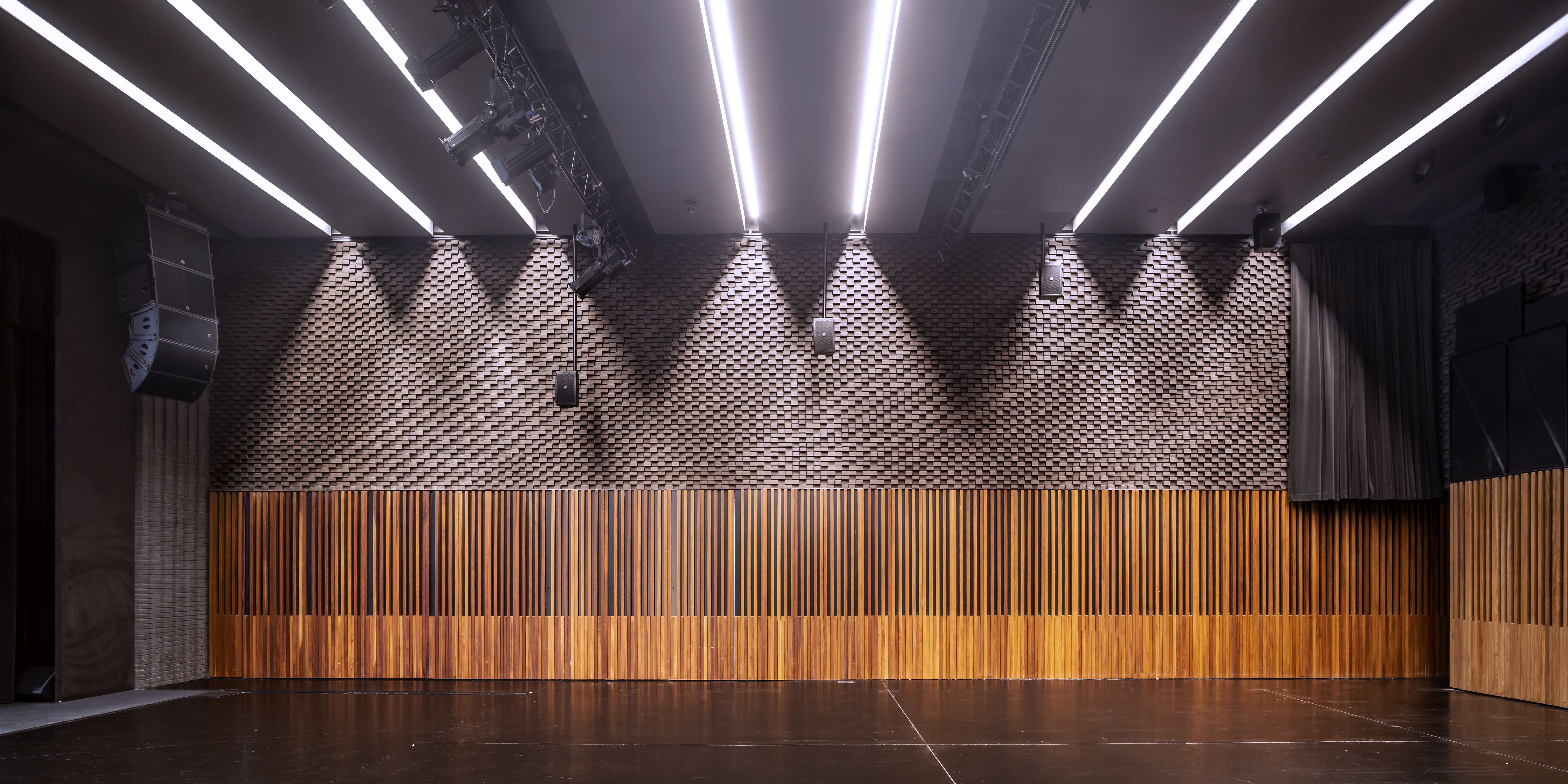 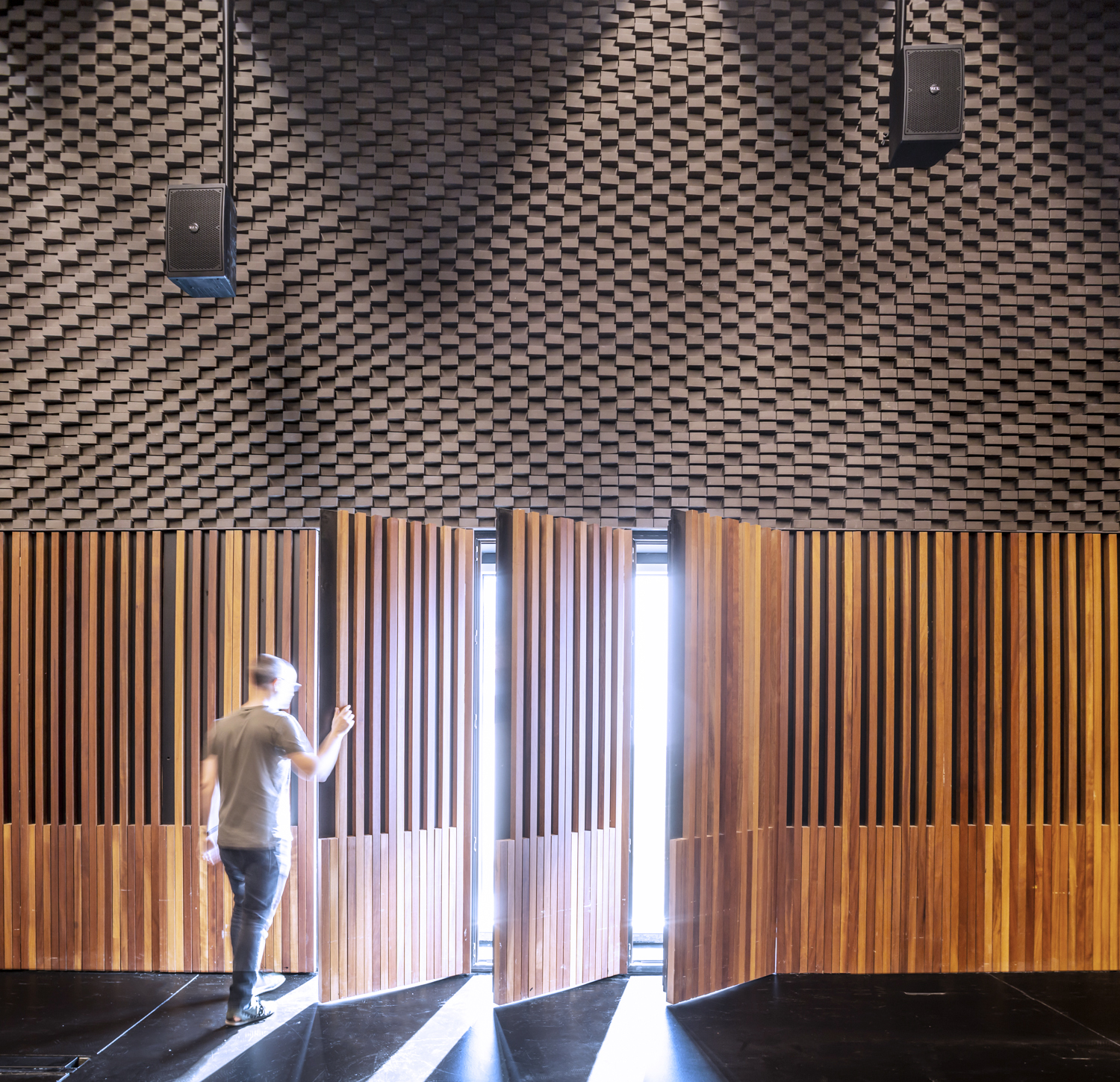 The object of the competition was to locate Alella’s old social centre, Casal of Alella, in a new building that would also accommodate a theater and the ballet academy. The new building should be at the same site of the old Casal, right in midtown Alella, facing the street to the south and a small interior courtyard to the north. The proposal aims to reverse the main entrance, originally planned facing the main street, and brings it to the north façade, transforming the back courtyard into a public space prior to the entrance. The social centre lays across the street, connecting it with the courtyard on the back, bringing back the memories when the old Casal would place the tables outside and occupy the street, blurring the boundaries between private and public space. The music and dance schoolis located on the upper level, so that synergies created can enrich both disciplines. As classes will be facing south, a ceramic lattice has been designed to protect from the sun, only interrupted by two large openings that emphasize the public role of the building. Meticulous work has been put on the roof at the upper level, creating a light metal structure that forms skylights to the north and assuring same light conditions during the day. The purity of the geometry of the roof will be visible from the atrium, which connects all three levels and relates its different spaces. The program is conditioned by the dimensions of its largest part, the auditorium, and the will to make it as wide as possible. Aligning it with the street, the social centre is placed perpendicularly connecting the street with the back courtyard, functioning as a covered pathway. The ground level is completed with the atrium, which holds the main entrance to the auditorium and can be used as an extension of the public space by folding its glazing on the street level. The materiality of the building is based on the textures that have traditionally covered the town of Alella, based in ocher tones plaster and varied levels of roughness. Large windows are covered with ceramic lattice, which becomes part of the texturing. Whereas the southern facade facing the street keeps a more sober and urban character, the façade facing north dialogues with the small constructions embracing the courtyard, and fragments itself into different volumes and textures, hiding its true dimension for a less homogeneous, more domestic facade. 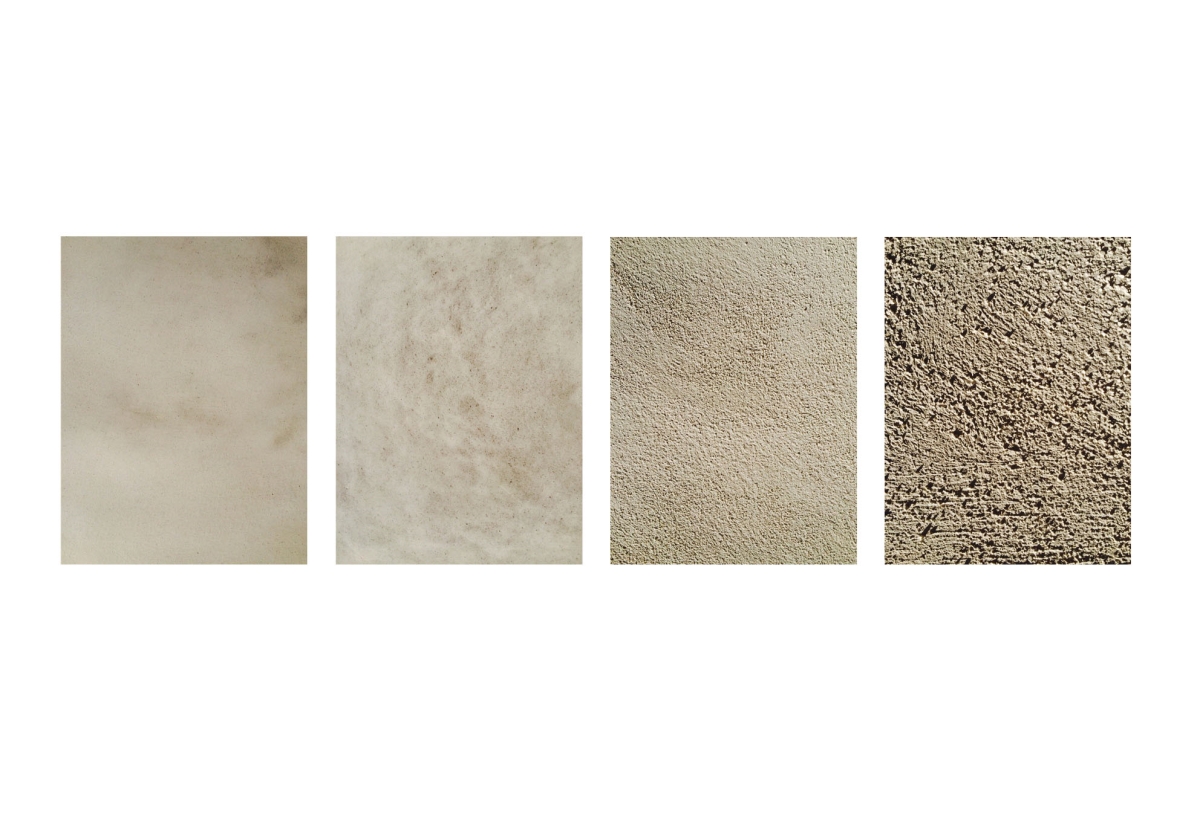 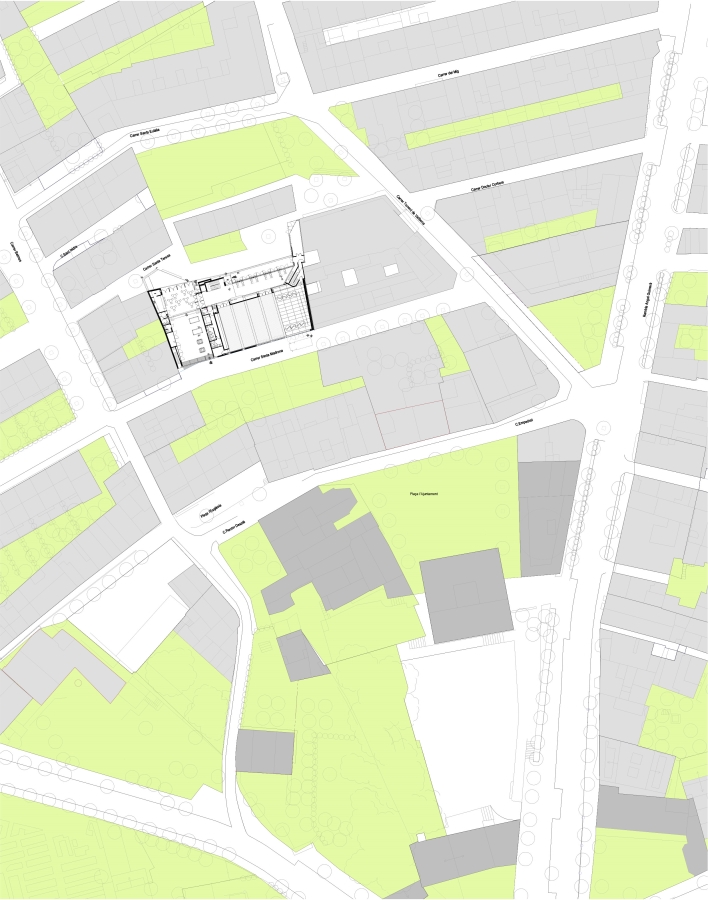 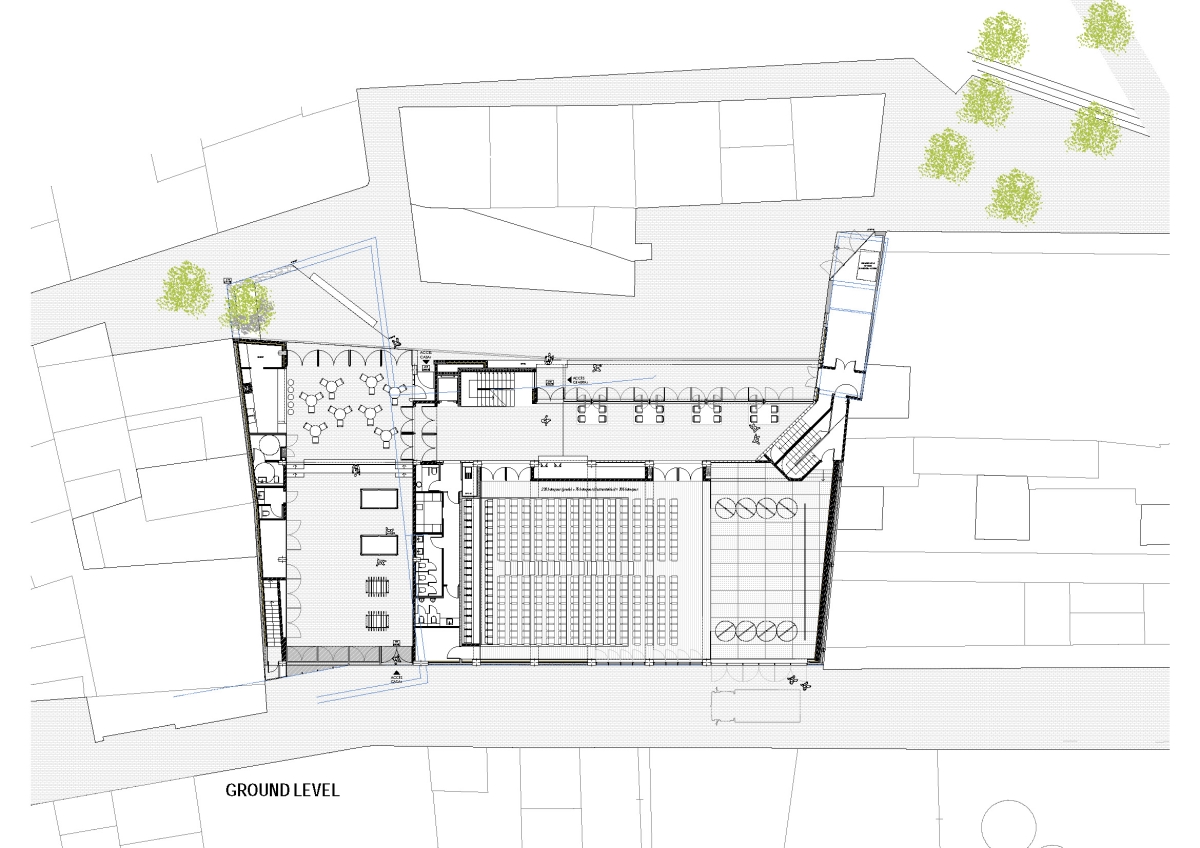 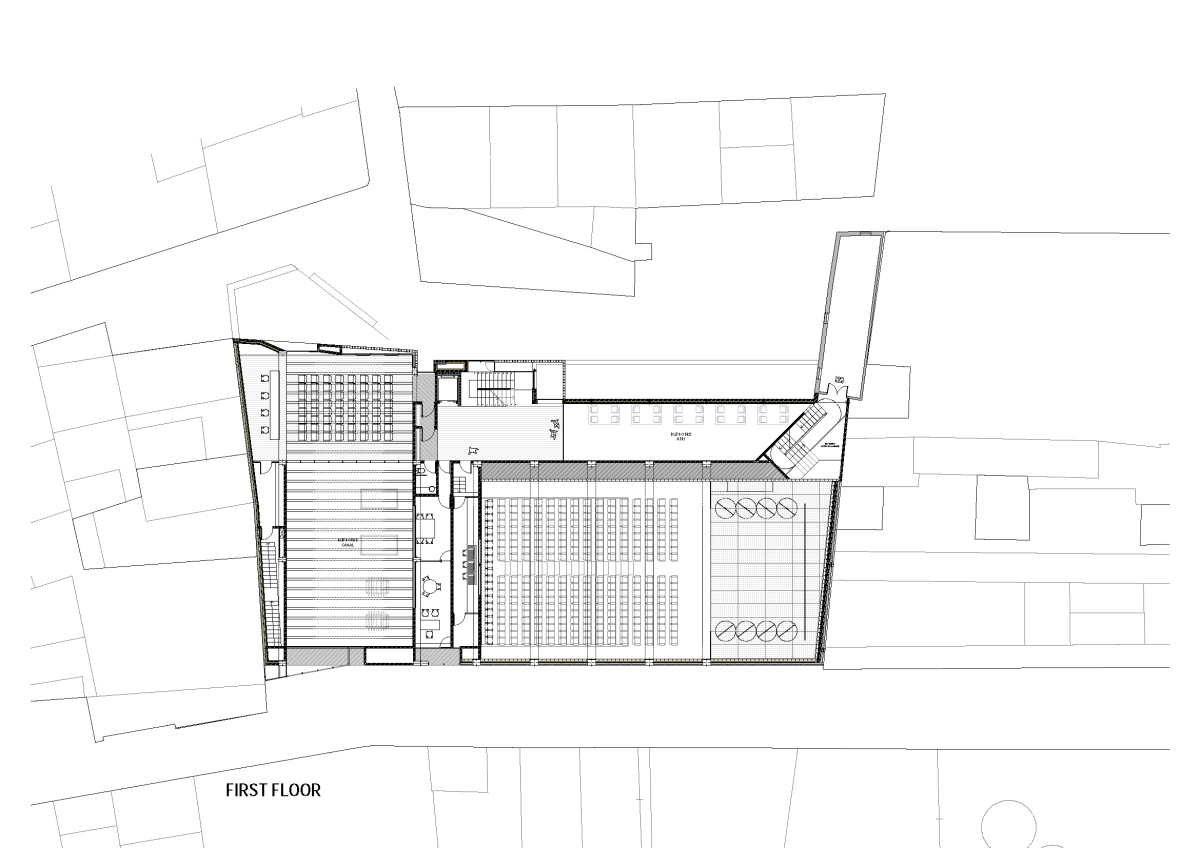 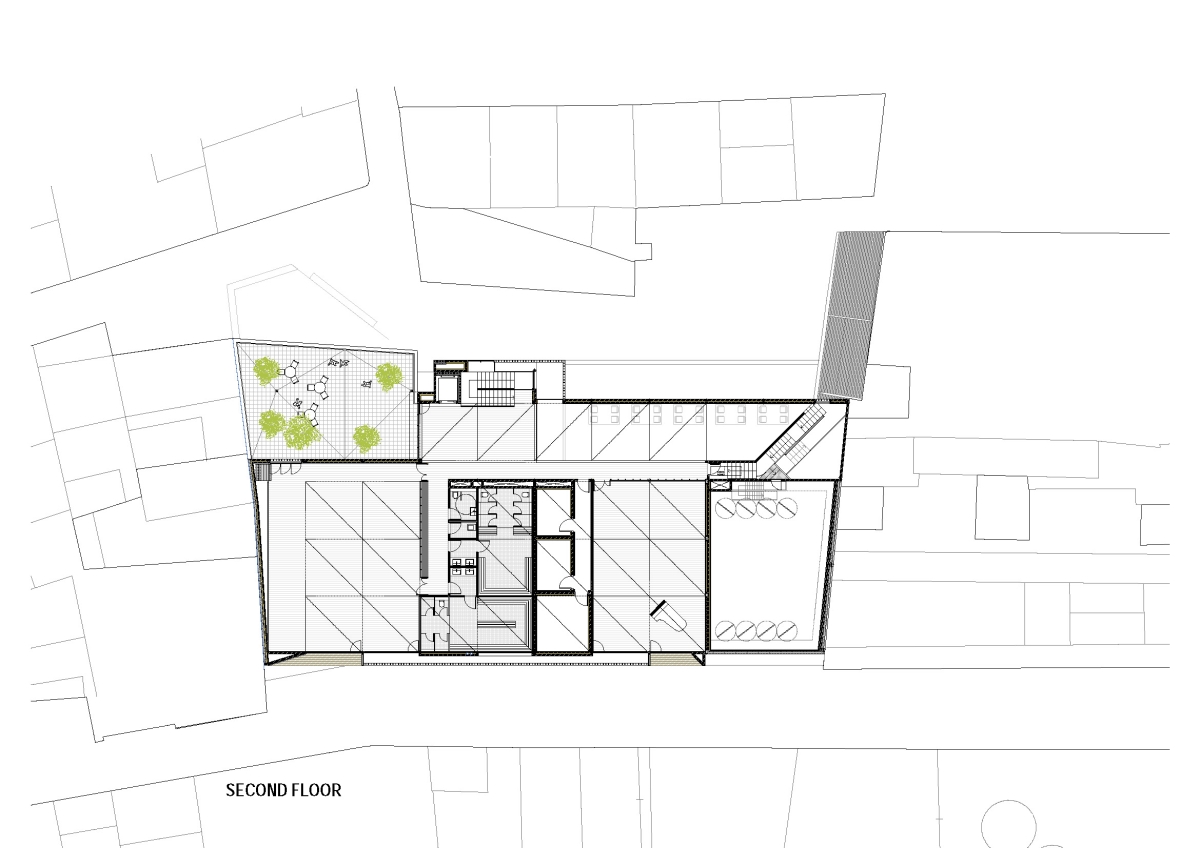 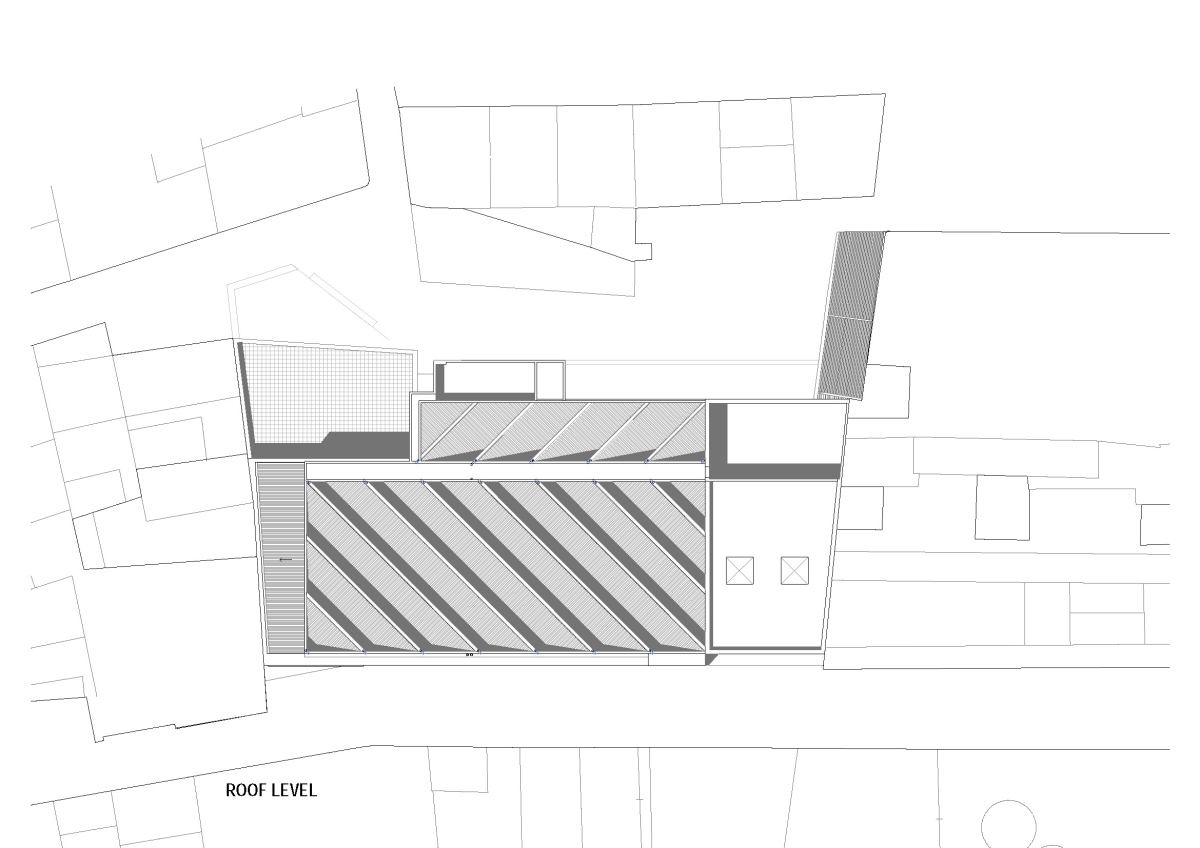 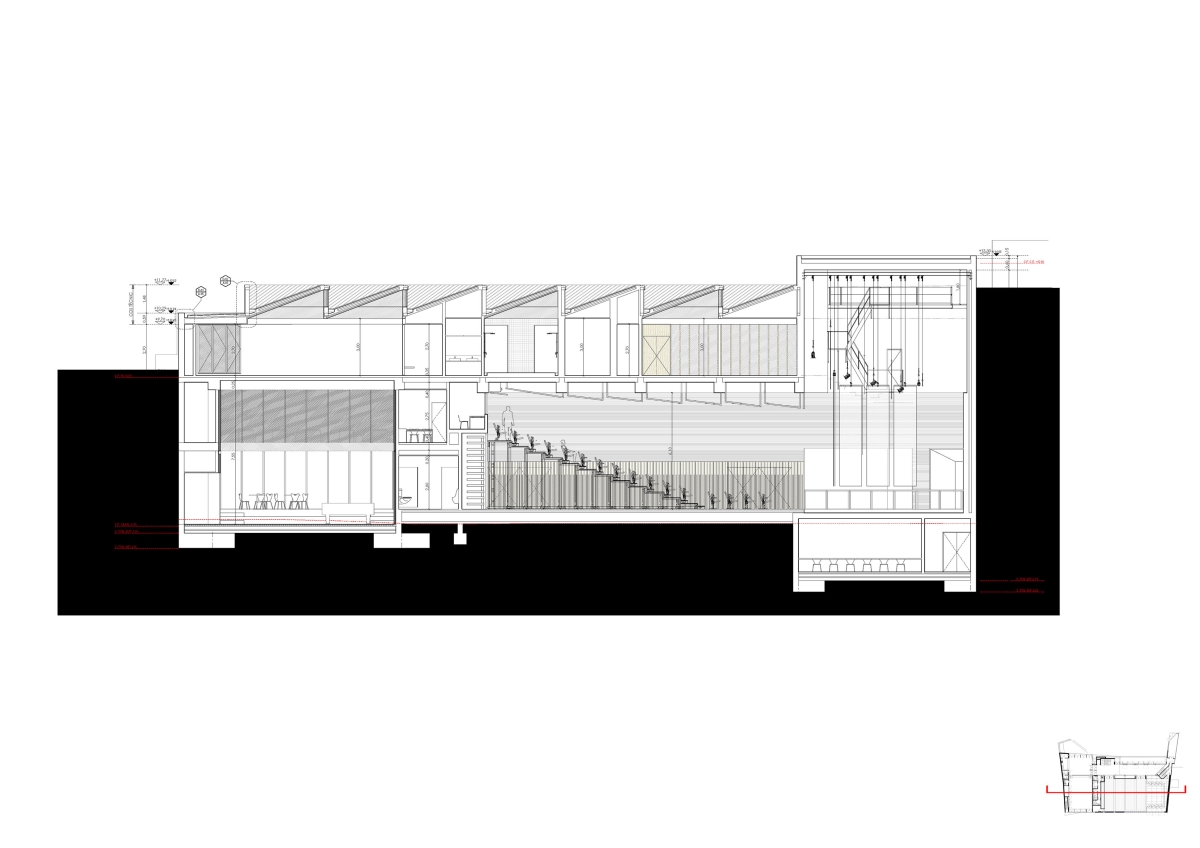 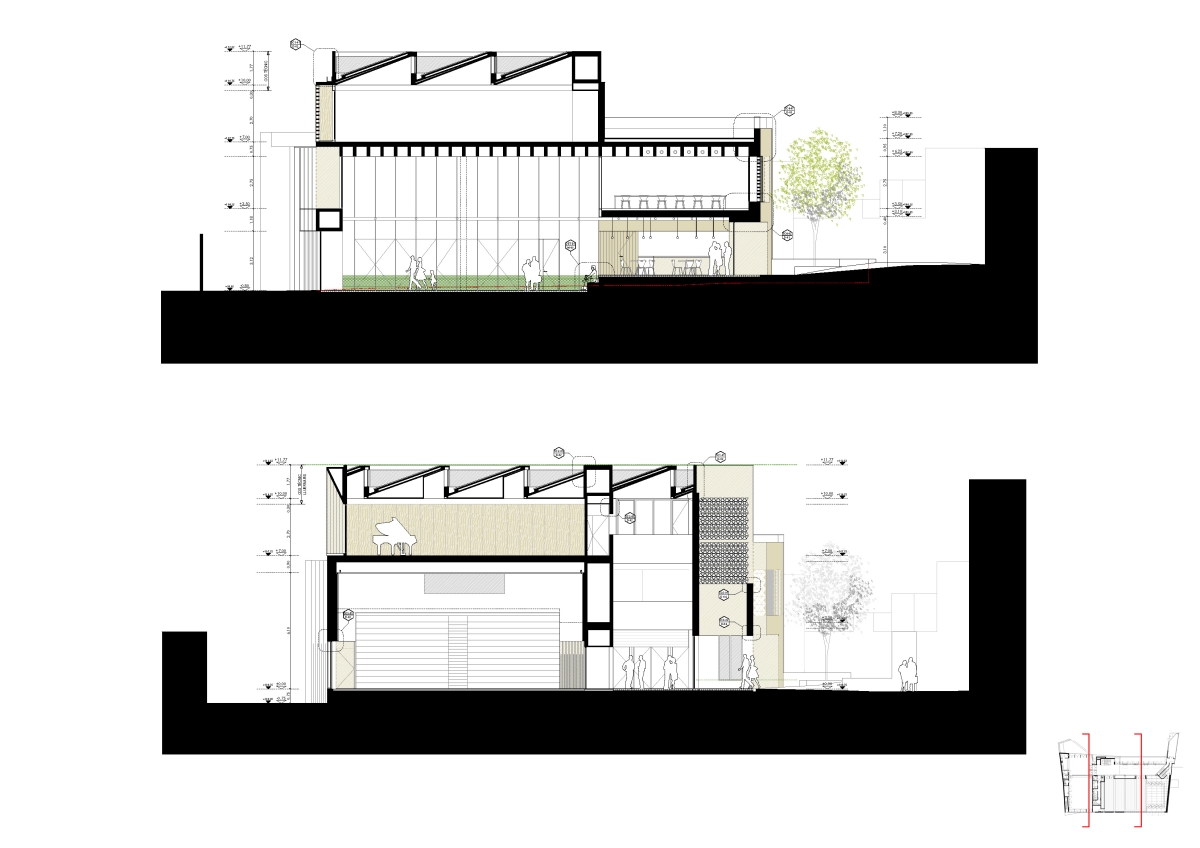 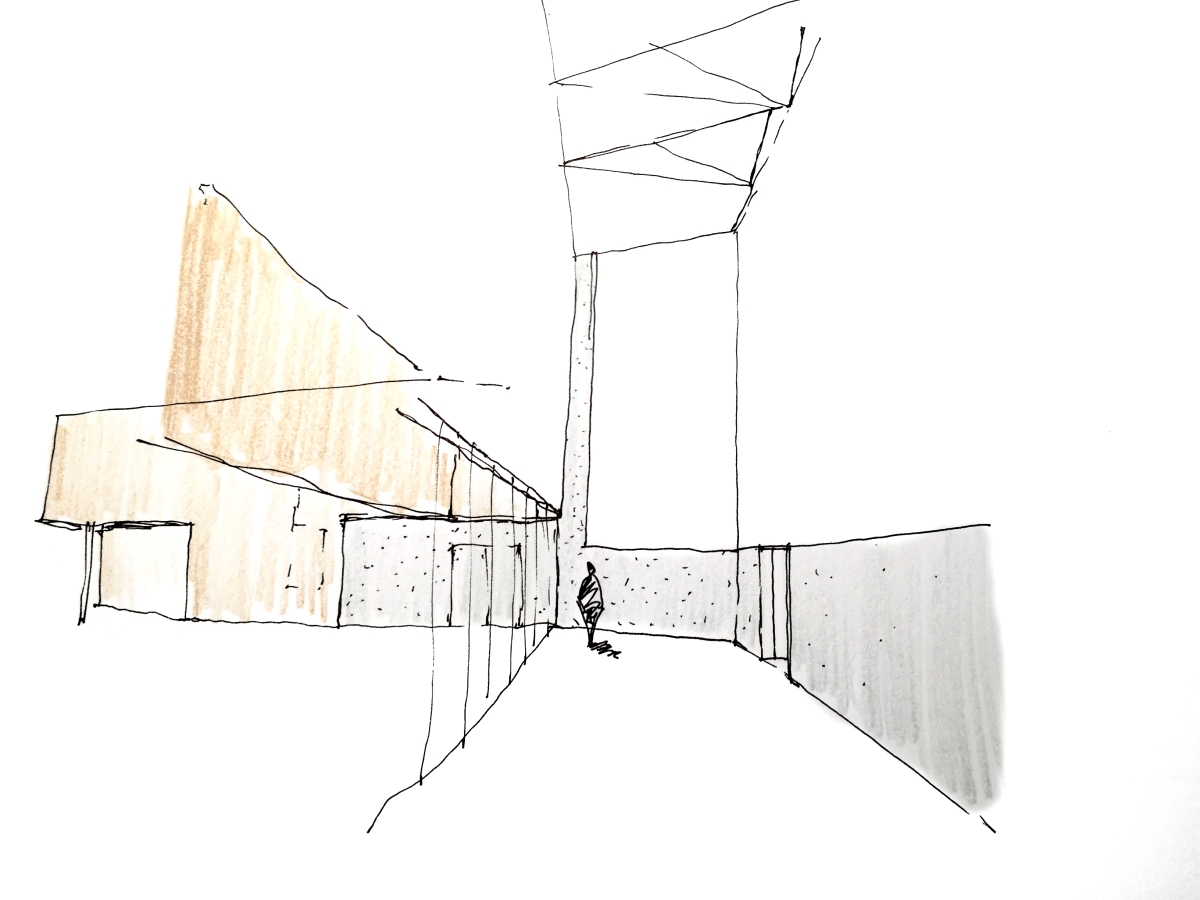 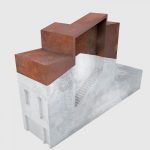 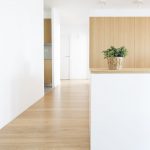